The Best in Holiday Sports Advertising 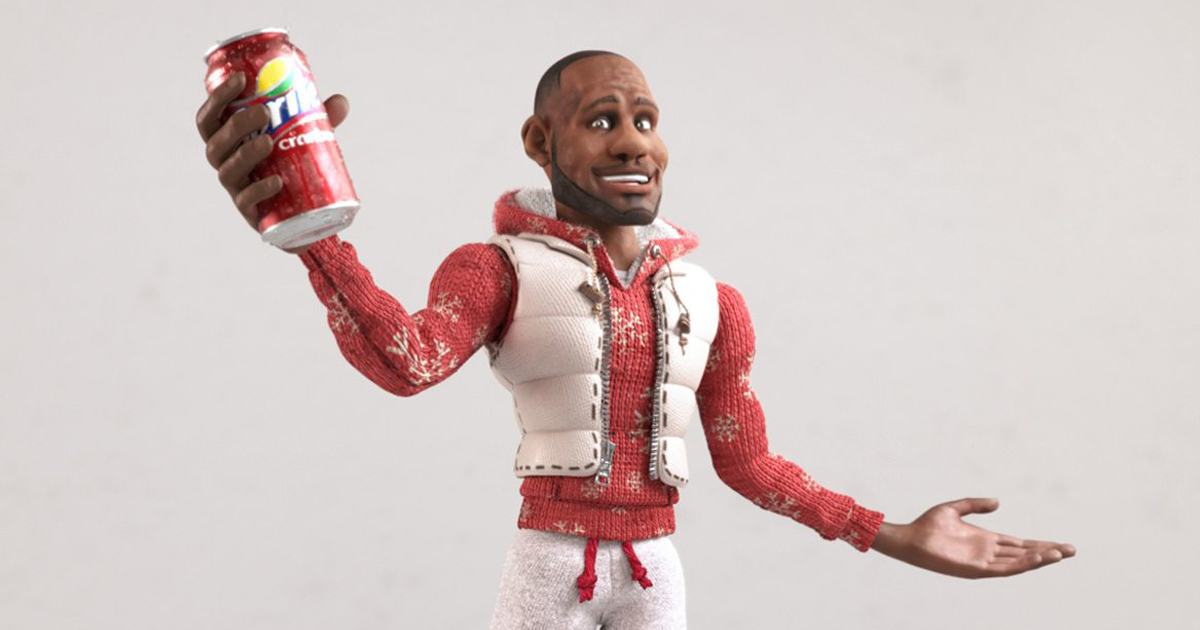 ‘Twas the week before Christmas when all through Hashtag Sports HQ, a special Rad Ads Recap was beginning to brew…

In the spirit of Christmas, this week we’re celebrating a few of our favorite holiday spots in sports advertising from over the past decade.

If you’re looking for more Rad Ads and cutting-edge agencies stuffing the stocking of connected fans this season, subscribe to Hashtag Sports Daily.

The NBA and Christmas Day has been a tradition since 1947, and recently the Association has been known for not only putting together a great lineup of games but also serving up ads as iconic as the games themselves. The league has created some of the most unique, memorable, and innovative holiday spots, but this collaboration with GS&P to promote their Christmas Day uniforms in 2013 was as good as it gets.

The star-studded collection of sharpshooters perform Jingle Bells to perfection on their first attempt, and King James drains the tune’s last note. Good thing the camera was rolling. After the ad went viral, the NBA released a behind-the-scenes to show how it all went down.

The best ads tell a story. This year’s Christmas spot from Dick’s Sporting Goods does exactly that. The brand’s simple idea? Show how a gift is about more than the gift itself. It’s a brand marketer’s dream. No gimmicks, just the emotional symbolism of the ping pong table.

Dick’s past Christmas ads have used the same profound storytelling technique, with campaign lines like “Give a gift that lasts forever.” In last year’s edition, they gave us the story of a pair of baby basketball shoes gifted to a new grandfather who had coached his daughter for many years in the same exact sneakers.

Some things just go together for Christmas. Milk and cookies, a tree and lights, the list goes on… But a family of Kansas City Chiefs fans and an Oakland Raiders fanatic definitely don’t. So when the new guy in the family wants to wear his Oakland Raiders jersey, it’s safe to say that mom is not impressed.

The storyline got a follow-up spot this year in the form of an awkward family photo.

This is SportsCenter served as one of the most iconic campaigns ever in the eyes of sports’ most faithful as ESPN blurred the line between corporate office setting and locker room.

A few years into the campaign, Wieden+Kennedy released this Christmas spot with the late Stuart Scott and former SportsCenter host Rich Eisen. The duo, well-known for excellent on-air chemistry, took their bond to the next level when Scott presented Eisen with an earpiece worn during broadcasts. The exchange had a family-like feel with Scott knowing the exact right size…coupled with the awkward embrace of an office bromance.

Wieden+Kennedy and Nike produced something special when they released the MVPuppets in 2008. At the time it created an alternate world where the two best players lived together, bringing to life the debate over who was better. Fast-forward a year and they released a set of special Christmas ads featuring the puppet versions of LeBron, Kobe, and Santa.

The three spots that make up the Christmas campaign include a battle rap from Blitzen (Lupe Fiasco), a response from Kris Kringle (KRS-ONE), and an over-confident reindeer gang challenging Santa, Kobe, and LeBron to a game. They come to find out dribbling a ball with hooves isn’t so easy, and getting dunked on by LeBron isn’t any fun either. In fact, it sends them home, and back to doing what they do best—bringing Christmas joy to people everywhere.

Sainsbury’s cinematic ad evokes raw emotion as the U.K. retailer retells the tale of Christmas during World War One. Based off of actual events, the German, British, and French soldiers came together to play friendly games of soccer on Christmas Day, despite the ongoing conflict. The message is simple: at the core, sports unite.

Rapper D.R.A.M. burst onto the scene in 2016 with hit song ‘Broccoli,’ a tune nobody could get out of their head. The following year he was back at it with another literally unforgettable beat, this time for Sprite’s holiday spot.

‘Thirstiest Time of the Year’ was produced by animation studio Aardman Nathan Love who used CGI to create a stop motion vibe reminiscent of the famous Rankin/Bass holiday specials (remember the stop motion Rudolph?). They had just seven weeks to design the characters and develop the story.

Is it still influencer marketing if almost everyone appears in cartoon form? Maybe, maybe not. Either way, Adidas had a star-studded roster of athletes and creators, even if they’re just the cartoon counterparts, in this remake of Charles Dickens’ “A Christmas Carol.”

It should come as no surprise to see reindeer, a mainstay of holiday marketing, doing what reindeer do: playing video games and hanging out with Santa. In this EA Sports FIFA spot, Argentina teammates Leo Messi and Sergio Aguero take on Rudolph’s colleagues, who play with their adopted Nordic country Sweden.

EA Sports and Santa remind everyone (including the reindeer who apparently are not so good at losing) to have a beautiful Christmas playing the beautiful game.

The Priceless campaign started in 1997 and was so influential that it became part of the pop culture lexicon. McCann and Mastercard might have moved on, but the iconic slogan will live on forever.

Their 2009 Christmas rendition featured Peyton Manning. For a quarterback well-known for diagnosing issues and changing plays in real-time, Manning didn’t exactly make the right call during Christmas shopping. Gifting a football to a football player? Excusable. Mistaking the need for a new job instead of a band-aid because he misinterpreted the meaning of cut? Pretty bad. The laughs it gave the rest of us at Peyton’s expense? Priceless.


In keeping true to the holiday spirit, this week we're celebrating some of the best Thanksgiving spots in sports advertising from the past decade.