Meet April Whitzman, Our Community Member of the Week 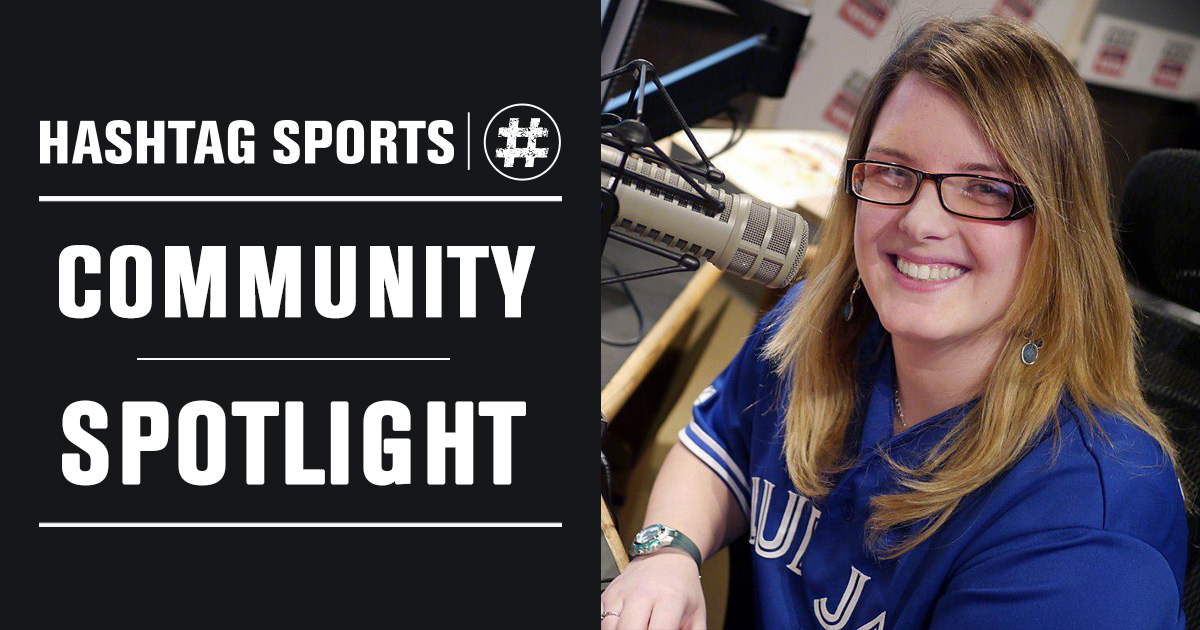 I’m a passionate marketer who loves seeing sports teams find innovative ways to engage their fans and their partners on digital, especially on mobile. I’ve been fortunate to find a career in sports thanks to hard work, perseverance, a few wrong turns, a few right turns, and some incredible mentors and supporters.

Thanks to my role at Rover, I’m truly buying the impact that an integrated mobile strategy can have for both sports teams and brands. Today’s fan and customer is constantly consuming content on their phone and it’s clear that with social media feeds becoming more and more turbulent, nowhere has there been more potential to find ways to engage fans than a team’s owned property, their mobile app.

That’s why we at Rover feel privileged to provide teams with a self-serve platform that allows them to easily put engaging content in their app. For so long, the traditional app ecosystem has been costly and slower to evolve, but with mobile being more prominent than ever, there’s no time than now for teams to take more ownership over their app strategy in real time.

How do you define engagement?

Wow, that’s a tough one. The idea of engagement is constantly changing. When I was working in the digital department for the Toronto Blue Jays, we were defining engagement and its success on the surface by actual digital engagements, from Facebook likes to Twitter retweets.

But since then, it’s become much deeper than that. Don’t get me wrong, we at Rover are proud to measure team’s success on mobile by looking at engagement characteristics such as open rates, partner buttons clicked, and screens viewed, but true engagement, in my opinion, comes from a quality piece, designed on brand and with the fan in mind, where the fan has been persuaded to act. There’s evidently so much content out there for fans to see, so when a fan has not only decided to view a team’s content, but also act upon, or share, I believe that’s truly telling.

What’s a lesson in audience (fan) engagement that every marketer should learn?

There’s nothing more important for a sports team than making fans feel valued. It’s crazy to think about, but prior to my time at the Blue Jays, the team had no two-way communication with fans. I saw a drastic change in fan sentiment the minute we took time to not only listen, but communicate directly with fans on our channels. More importantly, by fixing that communication and listening to what the fans were saying we were able to build better content, which in the end, built more passionate fans.

Enabling a fan to feel valued also comes from ensuring you’re communicating at the right time, with the right content. I’m also a true believer in the power of partner content on digital, but I believe it needs to come from a place that is more than just a logo placement. A true integrated campaign, one that highlights the partner and helps them hit their KPIs, but at the same time is designed effortlessly to engage the fan, are ones that work best. The fan doesn’t want to feel sold to, but will have no problem engaging with a fun piece of content even if it contains a partner’s brand.

I could not be more proud of our team at Rover. There are so many projects and campaigns to name, and because of that, I’ll start with the most recent: The 2020 NFL Draft. With the draft forced to go virtual due to the current state of the world, teams had to find new ways to use a variety of channels to engage their fans, and nowhere did we see more of an uptick in engagement than mobile.

Specifically, Rover saw 21 of our NFL customers use our platform to drive mobile campaigns which engaged both their fans and their partners. Specifically, over the Draft Weekend, teams engaged over 10 million fans, sent out over 80 million notifications, and had 1.5 million screens viewed with Rover. Teams built everything from draft trivia, to draft hubs, to bio pages, designing each campaign uniquely, and providing valuable information to their fans.

Seeing the innovation from so many teams was truly amazing.

There are so many things that we are excited about at Rover. Building on what I mentioned earlier about fan engagement, we believe there are two key components to our product’s evolution. The first is further enhancing personalization and segmentation capabilities to help teams continue to cater the fan experience. Data is talked about a lot these days but what is most important is what you do with it and how it can enhance a fan’s relationship with a club. For example, working with large global brands such as some of the teams in the Premier League, we’re helping teams connect with fans in other markets in a way that acknowledges they clearly aren’t at the game or even in the same time zone.

The second important point here is how our platform is evolving to help teams add more depth to relationships with their fans. We think a key way to do this is to enable more participatory experiences – that is building on the two-way communication between a fan and a club and making fans active participants rather than purely content-consumers.

What are you reading, listening to, and/or watching right now?

I feel my brain has been on overdrive as there’s so much amazing content to consume lately. Most recently, I’ve been checking out the digital series’ by Jack Appleby (@JuiceboxCA) and Matthew Kobach (@mkobach) while constantly consuming every tweet that comes in from Jess Smith (@WarJessEagle), Dan LaTorraca (@TweetsByDanno), Neil Horowitz (@njh287) and the entire #SMSports world.

As a connected fan, who’s your favorite athlete to follow on social media?

My bias here will be showing, but Marcus Stroman. This former Toronto Blue Jay, and current New York Met really understands the digital landscape, building not only his own brand, but an entirely other brand too, HDMH. He responds to fans, appreciates the love, and does a great job promoting the causes he feels are important, while at the same time staying professional and engaging. There’s many athletes out there that truly get it, and Stroman is certainly one of them.

What’s a piece of advice you received that you’re glad you ignored?

“Don’t work in sports.” You have no idea how many times I’ve been told these words.

After eight years of university, I decided to move nearly 2,000km (1,250 miles) to work for an independent baseball team… as an unpaid intern. When their season abruptly ended, I was once again served the infamous, “Don’t work in sports.”

I didn’t listen, and my next venture was working in New York City for Major League Baseball on a quasi reality TV show called the MLB Fan Cave. My one job? Watch every baseball game while baseball players visit on a weekly basis. Sounds easy, right? Well, we ended up watching 2,453 games, including the most extra inning games in history, AND the season ended as I watched my division rival, Boston Red Sox, win the World Series.

After that experience, I heard again, “Don’t work in sports.” But again, I dug in my heels (or my cleats?) and was blessed to then work for the Toronto Blue Jays. To me, this had always been the dream job. And it was great, until, it too, ended abruptly a few years later.

At this point friends, family, mentors, are basically screaming from the rooftops about not working in sports. But my passion was there. The industry was exciting. I wasn’t prepared to give it up.

Sure enough, my path led me to Rover and it’s truly the best thing that could have ever happened to me. I am blessed with the opportunity of working for incredible leaders, all while working hand-in-hand with some unbelievably innovative customers. If I could offer one suggestion to those wanting to get into the sports industry, it’s that you don’t just have to work for a team or league, the sports tech world is unbelievable. It’s truly been my dream come true.

I’m so glad I didn’t listen to all of those that told me not to work in sports!

Have someone in mind for a Community Spotlight? Make a suggestion here.

Hear more from leaders and creators across the sports industry at Hashtag Sports, an annual conference designed for media and marketing professionals.