Meet Melissa Marchionna, Our Community Member of the Week 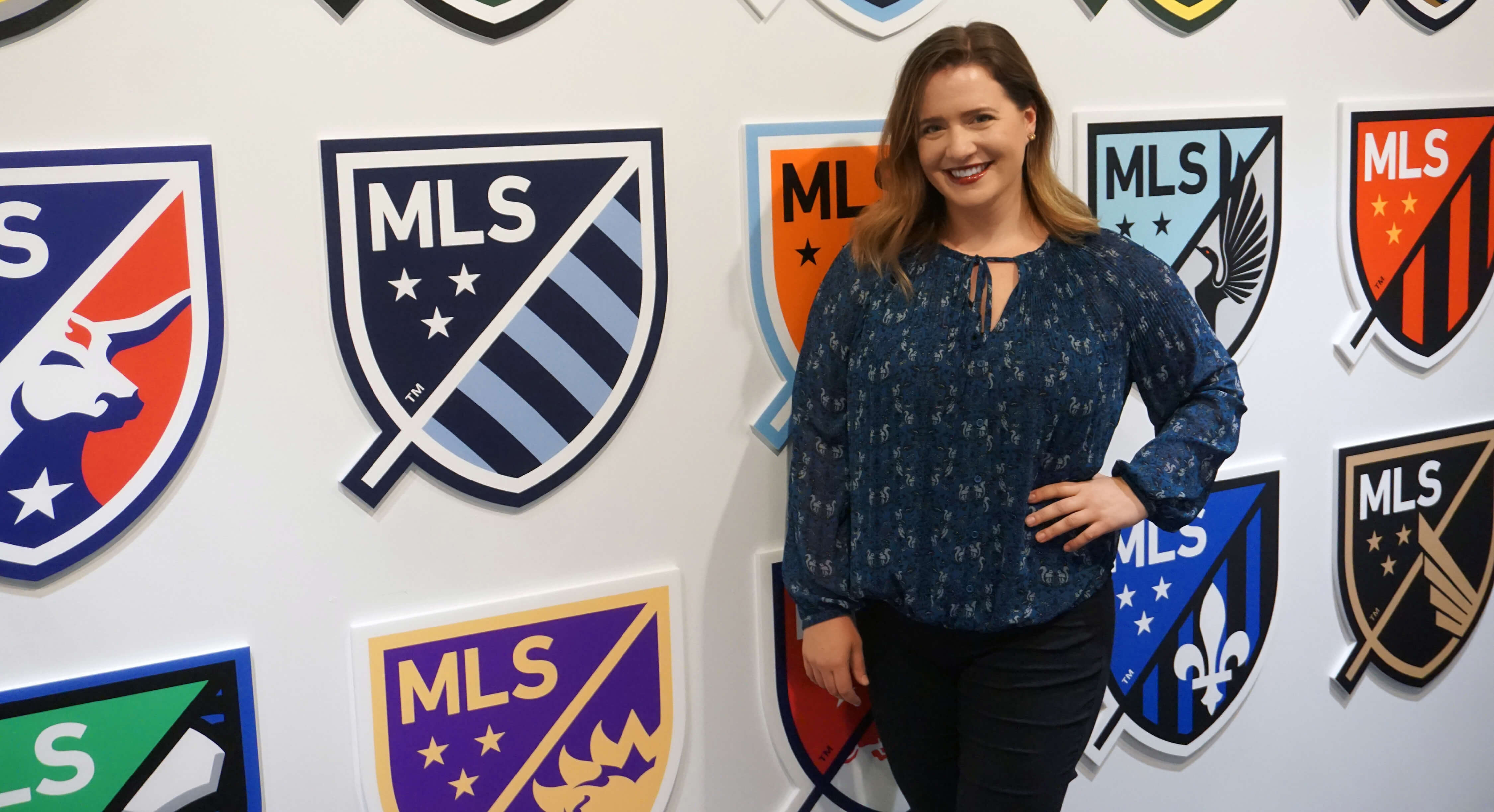 Broadway enthusiast, retired ice skater, compulsive Redditor, and feminist who got here by hard work, networking, luck and a LOT of coffee.

I’m really into the ecosystem model that MLS and a lot of other sports leagues and organizations are beginning to employ. MLS fan avidity is for teams and players. We don’t define success at the league level by how much we have helped our followers grow or engagement improve on MLS channels, but how we have helped our players, clubs, coaches and more achieve those goals – which ultimately helps the entire ecosystem. We do a lot of content sharing – pushing out to other channels in our ecosystem, as well as receiving content and including it in our broader national story. We are looking forward to enhancing our infrastructure to make this strategy even more impactful in 2019.

How do you define creativity?

I’ve never bothered to try. The very act of defining what creativity “could be” creates limits and boundaries. In my mind, those are the enemy of creativity. On MLS’s social media team, when we brainstorm we intentionally avoid rules and logistics. That frees us to dream as big and crazy as we want. No one is allowed to say, “My only concern with that is…”. It is only after we have the biggest, wildest ideas do we start to think “How can we make this really cool concept work strategically for us?”

I love how MLS has worked with Twitter. Streaming regular-season matches on Twitter has been the cornerstone of our partnership, but it’s pushed us to continually evolve our storytelling, be innovative on the platform and increasingly give value to corporate partners. It’s truly a collaborative process and we are continually bringing each other ideas and finding ways to build them into something even better.

We have partnered on so much cool stuff:

Our content team has partnered with adidas to bring to life what we’re calling the Creators Network. We began with a pilot in New York and Los Angeles this year and will roll out to more markets in the upcoming seasons. We have partnered with really creative people who love soccer to showcase MLS in their market through a numbers of mediums – photography, video, animation, an original song, stop motion, street art…anything you could imagine (and probably a lot of things you couldn’t!). What’s fun about this is that we’re earmarking a lot of this unique content for adidas, but also for our clubs, players, influencers and of course our league digital channels.

Meet Tom Weingarten, Our Community Member of the Week


Tom Weingarten shares his idea that engagement is whether people mess with what you’re putting out there, explains his love of Spongebob memes, and discusses all the fun had in launching the new Overtime Women's Basketball page.

As a connected fan, what’s the best piece of sports content that you have recently consumed?

While I’m a connected fan, I’m also extremely busy. The content I tend to consume usually lives natively on social platforms and can be enjoyed walking between meetings. I’ll be a little selfish—the MLS crew does an incredible job on Instagram stories, giving the full-story with no need for sound (we aim to design with sound off, delight with sound on). The team blew my mind with how creatively they told the story of Decision Day (a day with 11 consecutive matches in which a majority of teams either make playoffs or not) in only a handful of slides. Our friends at the Creators Network have helped us create similarly dynamic Instagram carousels, which are really neat to look at and give a comprehensive look at not only the game, but also the incredible atmosphere of an MLS match.

What’s been the biggest high and low of working in sports?

High: seeing dreams come true. It’s cheesy, but getting to witness a rookie take the field for the first time or introducing a middle-aged man to his childhood hero is the best.

Low: Honestly, it’s hard being a female working in sports. I’m very fortunate to work in a progressive and inclusive environment at MLS which created a culture in which our staff, players, partners and fans are treated with dignity and respect. This has not been the case everywhere I have worked. I’ve developed a thick skin, and it is my personal mission to ensure future women in this industry don’t have to.

What’s one element of the sports industry that you’d like to see change?

Following up from the answer to the previous question: we need greater diversity – from entry-level to the C-suite. It is everyone’s job to create environments where diverse voices are included, heard, and respected. I’m thrilled that MLS makes this an emphasis. Diversity and inclusion are core values of the league. Which is great. But we know we have more work to do in this area. Everyone in the sports industry has more to do. Admitting that is the first step.

Get to know more members of the Hashtag Sports community like Melissa Marchionna here.

Hear from leaders and creators across the sports industry this June at Hashtag Sports, an annual conference designed for media and marketing professionals.