Erika Nardini Puts a Premium on Hiring People Who Are Different — and at Barstool Sports, That Means Hiring Women 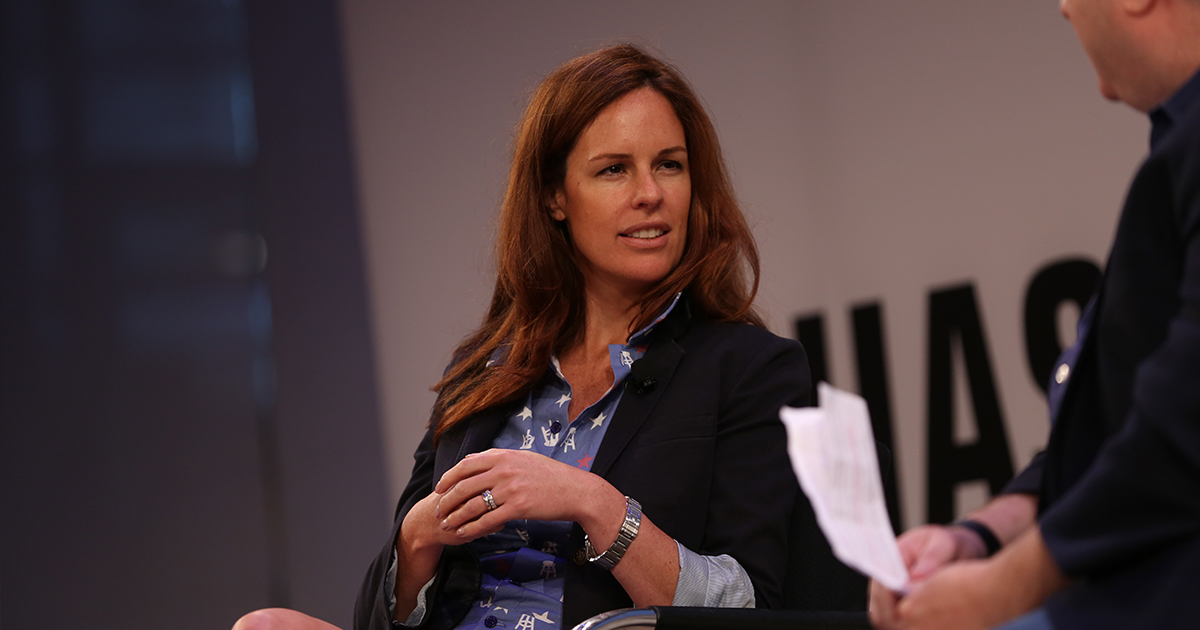 She beat out 74 men for the job of Barstool Sports CEO to become the company’s first senior female executive, and in the two years since, Erika Nardini has hired a female CRO, created a Snapchat show with a 50-50 gender split audience, and watched two female interns find their voice by turning an office catchphrase into a content series.

Speaking at Hashtag Sports 2018, Erika Nardini discusses how she’s building a different kind of media company—one that values talent and is closing the gap on the typical distance between content creation and fan conversation. This interview, originally conducted at HS18 by Seth Everett of Forbes, has been condensed and edited.

Barstool is the only media company that has a female CEO and CRO. What has that been like?

Awesome. We hired a phenomenal CRO, a woman named Deirdre Lester who came out of Whistle Sports, and she worked for ESPN, she worked for Rivals, she worked at MLB; so she has a ton of pedigree in the sports space. We are building a very different company, and I think part of what comes with hiring people who are different, in my case being a woman, is you hire other women, and I think we’ve done a great job of that.

You mentioned [Barstool’s] Snapchat show has an audience that is 50-50 [male-female]. Do you think that Barstool will alienate its core base if they start catering to women? Is that a fine line that you are walking?

They were interns for different people and we said, “Hey, we have a room downstairs. Do you want to make a show?” And they said, “Yeah, we want to make a show, but we really don’t know that much about sports.” Fran is an Eagles fan, which is unfortunate, but Ria is not into sports per say. They wanted to do a show about entertainment, and they wanted to do it with the Barstool voice and with a Barstool approach.

So we made a show called “Chicks in the Office” because when I got to Barstool there weren’t any other women, and then there was me and those two [came along] so whenever a girl showed up the guys were like “Chicks in the office!”

We like funny people, who have a point of view, who have something to say, who can say it in a timely/frequent manner, and who can find an audience and engage with them around that. I don’t think there is anything overt about whether the audience will extend or will it not extend. We want more people to touch Barstool Sports, think Barstool Sports is funny, and wear Barstool Sports.

How do you maintain that relationship with your audience while you continue to grow?

When Dave [Portnoy] and I go to Las Vegas and have a bunch of meetings, Dave talks about it on the radio. When Big Cat is cleaning up his corner because he’s got a hoarders’ mess, he’s talking about it on Pardon My Take. So one of the things that’s different about us is that the inside of this company is the outside of this company.

The second piece of it is that there are die-hard fans of the blog, and they just love the blog and then there are die-hard fans of our Instagram… A good example is we created an account last fall called “Fifth Year” which is [the idea] that college never ends. We turned it into a Snapchat show, and it’s basically viral videos of college kids doing things you can imagine college kids doing.

There has been a lot of talk about giving fans what they want. How do you gauge that?

We have an incredibly talented editorial team–bloggers, personalities, podcasters, hosts–and they understand it intuitively. They aren’t like me. In most companies, there is someone like me telling someone in an editorial role what they should be doing. We don’t do that at Barstool.

Our guys and girls–who we hire because they are phenomenally talented, because they have a strong point of view, and we think that they can thrive in our environment which is very unstructured and very high-producing–they talk to their fans constantly.

We don’t have any separation between the piece of content that we create and the conversation that happens after it. So we know instantaneously if the joke hits or not. If the joke doesn’t hit, we fix the joke. But if the joke hits, we’ll do more.

One of the differences at Barstool is that the distance between the idea and execution is very, very short. We think of something and tend to produce it that day, if not in that hour.