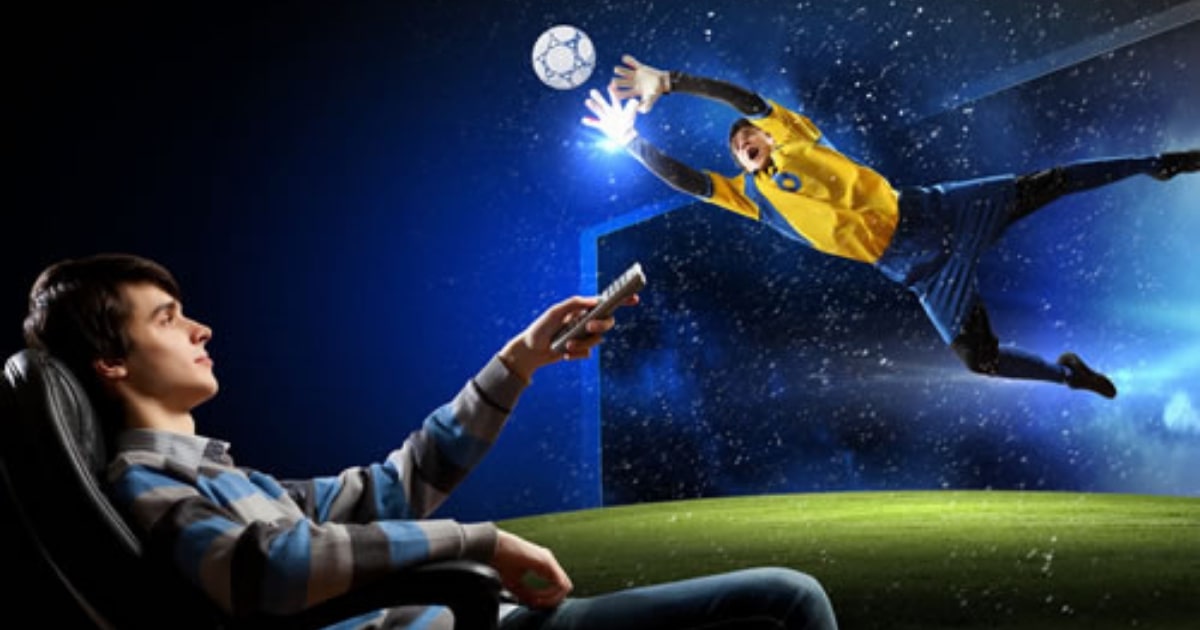 There is one thing the world can agree on these days: people miss sports. Whether it’s playing sports or watching sports, athletes and fans all over the world are feeling a loss. But there is hope.


In July, the NHL announced they will be starting back up and will be using technology to take fans along for the ride. In June, the National Rugby League in Australia hit the field and have gone the distance finding ways to connect and engage with their fans along the way. The NBA is training and getting ready to bring basketball back in the near future.

Before the pandemic, technology existed to enable remote production, video editing in the cloud, and distribution to social media channels. Back when fans were at every game or watching their favorite teams play on TV, this was a bonus. Today it is a requirement.

When you think about it, what builds a sports business? Is it winning games or winning fans? In a time where there are no sports happening, how can sports organizations retain their fans and engage new ones?

Quick turnaround with engaging video allows sports teams to instantly bring fans along with their scores, wins, and behind the scenes. Clever innovations in video technology have brought video production to the web browser, making it possible to create broadcast quality programming from—literally—anywhere. Cloud video editing and new digital publishing platforms can also help teams monetize old and new content, keeping fans engaged and businesses profitable. These solutions enable entirely remote sports broadcasting, allowing millions of fans to instantly view live sports and game content in real-time, as it happens, from any social media platform in the world. The highlights can go viral instantly, and fans never miss a moment, no matter where they’re watching from.

In Australia, for instance, the Australian Rugby League had a shorter downtime than most and its governing body, the NRL, has already pioneered a safe and effective way to work. As well as pulling off clever tricks such as mixing in pre-recorded crowd noise to make the games seem more like a usual event, it’s making sure as few people are required at the ground as possible to produce the game. How is this possible? The leading-edge technologies work well even over slow broadband connections and essentially allow users to edit video in a web browser. That means you can edit video pretty much anywhere and on almost any computer—no Outside Broadcast truck needed.

Working from wherever they want, editors can insert titles and branding, and even incorporate archive footage previously uploaded to the cloud as well. They can publish their clips to social media in seconds. And it’s all done frame-accurately too, meaning that when it’s time to publish their clips to broadcast in HD and above, their low-resolution edit is perfectly matched with the high-resolution original material for television — now edited exactly as it was on their machine.

Viewers will be completely unaware of this process and can enjoy the full quality programming they have come to expect. They certainly have in Australia, where almost 4.5 million viewers excitedly tuned into the opening game of the Telstra Premiership rugby league match. That’s 17.5% of the country’s population — which would be about 58 million viewers in US terms.

Another industry feeling the pinch during this time is the advertising industry. All of the best commercials and campaigns often center around popular sporting events and broadcasts (just think about how many people are likely tuning into the Super Bowl for the ads!). The ability to continue to create “viral” moments that can be shared in real-time presents a huge ad revenue opportunity for sports broadcasters. This extends beyond what a typical television broadcast would offer in the way that it extends the content to a broader reach to other potential markets that don’t potentially watch “traditional” broadcast platforms. These “viral moments” can and will be sponsored or proceeded with an ad, offering a huge, additional revenue stream.

Some sports teams that have successfully demonstrated technology benefits like this are the Buffalo Bills and the European Golf Tour, and eSports and gaming companies Riot Games and VENN. The technology they use enables entirely remote sports broadcasting, allowing millions of fans to instantly tune into their favorite sports team’s feed, while the professionals manning those broadcasts can do so from a safe (at home) distance.

As sports make their comeback and fans are still kept at bay, don’t despair. Technology has accelerated in ways never thought possible during the last few months and soon, fans will become accustomed to an entirely new way of consuming their favorite sports content that will offer instant highlights as they happen and new immersive experiences with their favorite teams. Even when we are all back to filling the stadiums, fans will be demanding this new way of watching sports for years to come.

Ian McDonough brings considerable knowledge and experience in delivering growth and value in the global media sector. His core expertise is in building high-value and commercially innovative partnerships. During his five years at BBC Worldwide, he rose to become Executive Vice President and General Manager for one of seven global regions. Most recently, Ian covered the UK, Ireland, Nordic and Baltic countries as Senior Vice President and Managing Director for Turner (formerly Turner Broadcasting). He previously held senior commercial posts at A&E Europe and Viacom Asia.