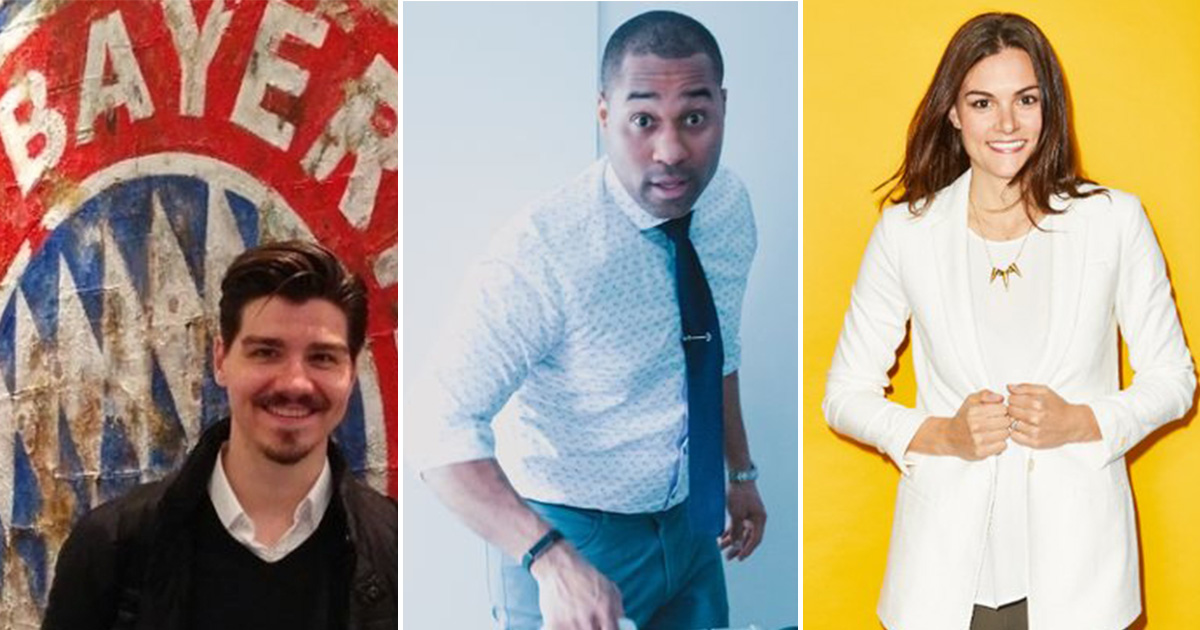 FuboTV has announced that producer Pamela Duckworth will be joining the company in a newly formed position as the Head of Fubo Sports Network and Original Programming. Duckworth is the founder of a creative marketing production company called Duckworth Entertainment and previously served as a consultant with FuboTV. In the new role, Duckworth is expected to leverage her creative experience to help build FuboTV’s in-house production team and lead originals development to deliver fun and informative programming to sports fans.

Madelyn Burke announced on Twitter, that she is joining the WFAN broadcast on the sidelines of New York Giants home games this season, as well as serving as a host to Giants Postgame Live on MSG. Burke brings several years of experience to her new role, both in front of the camera and behind-the-scenes as a studio host for Sports Illustrated and Bleacher Report.

After nearly a decade at TSN, long-time on-air personality Cabbie Richards is leaving the Canadian sports network. Richards took to Twitter to express his gratitude, and thank colleagues for his time spent at TSN. At TSN, Richards served as the host of “Cabbie Presents” for eight years after also hosting “Cabbie on the Street” at theScore. Richards’ departure comes as he is set to join Bleacher Report as co-host of their new Vegas-based B/R Betting show with Kelly Stewart.

In an effort to compete with a growing number of media companies producing audio streaming content, Spotify announced the hire of Amy Hudson to lead the company’s sports podcasting development efforts. Hudson previously worked as the Head of Sports Media Partnerships for Facebook, and will look to help the music service grow in the podcasting space. In a related move, the company also announced former CBS News president David Rhodes as a consultant to develop its strategy for news-focused original audio programming.

Stephanie Pugliese has been named as the President of North America for Under Armour. Pugliese brings more than 25 years of experience in branded apparel, retail and merchandising expertise to the sports apparel giant’s leadership team. Prior to the new role, Pugliese served as the President and CEO of Duluth Trading and had been with the company since 2008. In the new role she will look to strengthen the presence of Under Armour’s athletic performance wear in their home market.

U.S. Ski & Snowboard announced the appointment of marketing veteran Andy McKeon as the organization’s new CMO. In the new role, he will be responsible for leading U.S Ski & Snowbarding’s marketing, communications and partner support. The move comes as current Chief Commercial Officer Dan Barnett is leaving to move back to the United Kingdom. McKeon brings years of experience to his new role, with an impressive resume that includes work at ad agencies such as Wieden+Kennedy, Goodby Silverstein & Partners, in addition to time with Apple and Facebook.

SNTV, a leading sports news video agency venture between IMG and The Associated Press announced James Dobbs as the company’s managing director. In his new role, James will oversee the strategic development and identify new opportunities for the agency. He will also look to form partnerships with content creators to provide fans with a wider selection of premium sports content. Previously, Dobbs served as the VP of Rights & Sales for the IMG archive business and brings years of experience forging relationships with sporting federations.

Professional Bull Riders announced the appointment of two sports industry veterans to help build the PBR brand and create new events and platforms for the sport by enhancing fan experiences. Josh Baker joins PBR as Senior VP of Corporate Partnerships and will oversee the creation of branded, sponsorship opportunities. Baker previously led sales and partnership development for the Cleveland Cavaliers. PBR also announced Kosha Irby as new Senior VP of Business Development & Consumer Events, where he will look to expand the organization’s growth around special events. Irby previously served as President of the Memphis Express in the now-defunct AAF.

After 5+ years as the Head of Media in the Americas at FC Bayern München, Cristian Nyari announced on Twitter that he is parting ways with the soccer club. During his time with Bayern, Nyari developed the club’s media strategy in the U.S. and executed digital and marketing content to promote fan engagement. His efforts played an integral role in FC Bayern building the largest network of supporter groups in North America and doubling their digital audience. Nyari has yet to announce what his future plans will be.