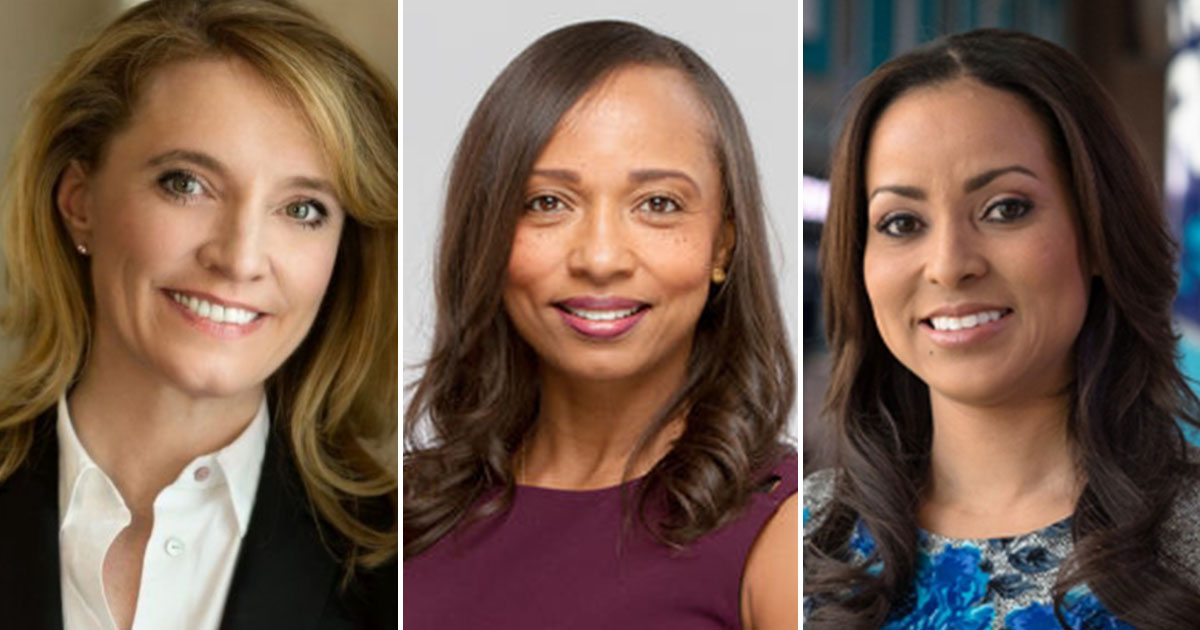 The Madison Square Garden Company announced the hiring of Geraldine Calpin, who will join the sports and entertainment company as EVP and Chief Marketing Officer. In the new role, she’ll be responsible for spearheading the company’s marketing and digital strategy to help drive growth across their extensive portfolio of assets that include Madison Square Garden, Hulu Theatre, the New York Knicks, Rangers and more. Calpin’s leading role on MSG’s executive management team will be centered around developing innovative brand strategies to engage consumers and drive value for partners. Prior to joining MSG, Calpin served as WeWork’s Chief Marketing Officer for Europe and Australia, leading their marketing entry and overall brand activity across Europe.

After a decade-plus of covering the Charlotte Hornets (formerly Bobcats), Stephanie Ready is moving on to a new gig with The Turner Sports Family later this month. In the new role, Ready will team up with @RipCityHamilton to broadcast NBA games for TNT’s VR coverage. The move is significant, reflecting Turner’s ambition to bring virtual reality sports into the mainstream. Ready’s full-time gig positions her at the forefront of the next generation of live sports broadcasts. Ready is a veteran in the sports broadcasting world, with experience that dates back to 2004, where she began working with the Charlotte franchise during their inaugural season. She made history in 2015 by becoming the NBA’s first full-time female game analyst.

Nike has announced the hiring of Tamika Curry Smith who is joining the brand as VP of Global Diversity and Inclusion. In the new role, Curry will be responsible for developing and leading a holistic strategy across Nike’s workforce and marketplace. She brings nearly two decades of high-level experience implementing strategies to increase awareness, communication, representation, and accountability. Curry has worked with nonprofits, universities and major corporations including Target, Deloitte and most recently with Mercedes-Benz, where she served as the automaker’s head of diversity and inclusion.

Jason Reid has agreed to a multi-year extension with ESPN to continue as the lead NFL journalist for The Undefeated, its sports race and culture content initiative. As a senior writer for The Undefeated, Reid is recognized as one of the industry’s premier journalists, lauded for his reporting on athletes and activism. In addition, he’s a frequent contributor to other ESPN platforms including Outside the Lines and SportsCenter. Reid joined the company as a columnist in 2015 and has been involved with The Undefeated since the site launched. Prior to joining ESPN, he served as a beat reporter for The Washington Post.