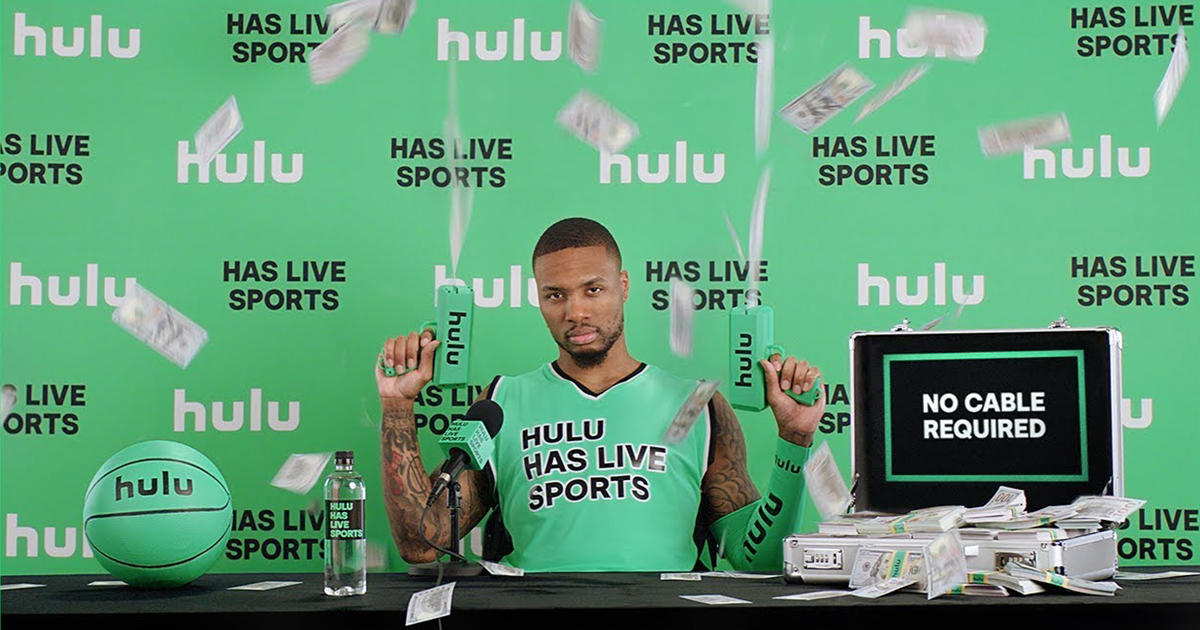 This week in sports advertising, Damian Lillard and Joel Embiid let us know that Hulu has live sports, Adidas changes the conversation around running, and The Rec League helps New Balance center your attention on Kawhi Leonard.

In the most Kawhi Leonard way possible, New Balance Hoops quietly launched the Toronto Raptors star’s signature shoe during All-Star Weekend in Charlotte…with next to no fanfare. Despite the lack of attention surrounding the release, it served as a milestone moment for Leonard who became New Balance’s first basketball star this summer.

The Rec League and New Balance came together to create “We Got Now,” emphasizing Kawhi’s focus on the court rather than on social media. The spot proves that he doesn’t need our attention because he’s already got it.

The purpose of Damian Lillard’s newest tattoo is fairly straightforward: get paid and make sure everyone knows “Hulu has Live Sports.” The only stipulation is that Hulu’s making all the rules for the corporate sellout.

Dame isn’t seriously getting inked in this campaign created by Big Family Table, but the spot definitely does its job. It also serves as a reminder that everyone has a price.

Since we missed out on bringing you an ad on President’s Day, here’s some bonus content featuring a fearless leader we can all rally around. As part of the same campaign, Big Family Table and Hulu created another spot with an athlete selling out, and for Joel Embiid that means getting paid every time he reminds you that “Hulu has Live Sports.”

Adidas’ “Recode Running” campaign highlights the stories transforming running into something more than the tiring slog it’s sometimes perceived to be.

By following the unique stories of running groups from France and China and drawing on inspiration from runners around the globe, Adidas wants to help encourage the shift towards a more inclusive community while reminding everyone that there’s no wrong way to run.

Nike dropped their newest set of cleats, the Game Over Pack, by creating this spot for the Mercurial boot’s new cheetah-inspired colorway. Like the world’s fastest land mammal, the cleats are built for speed to help players kill off games.

For this video game-like spot, Nike brought in the world’s best finisher, Cristiano Ronaldo, to show just how dangerous speed can be.


This week in sports advertising, Busch turns a Car 2 Can with NASCAR, Rakuten pays you to live your life, and Major League Soccer is back with some flair.