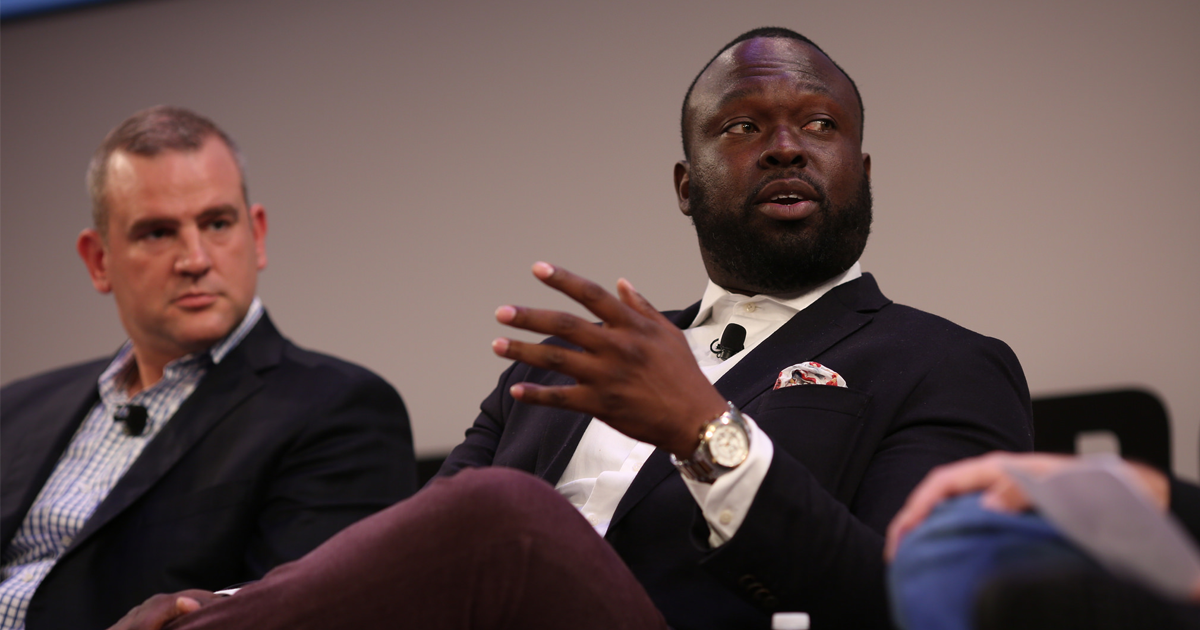 As the media landscape rapidly evolves to serve connected consumers, everyone from teams and publishers to platforms and athletes is putting a stake in the ground to disrupt the sports content status quo. Twitter has added a new dimension to the way fans consume sports content, driving complimentary conversation and giving new meaning to the term direct-to-fan.

Speaking at Hashtag Sports 2018, Twitter’s Head of U.S. Sports Partnerships, TJ Adeshola, discusses how publishers and rights holders are using Twitter to drive incremental revenue, the ways social media is reshaping sports consumption, and why it presents a unique platform for athletes to amplify their voice. This interview, originally conducted at HS18 by Andrew Miller of Fancred, has been condensed and edited.

Twitter plays a major role in the world every second of every day (even with things like politics and the President). We know what the value of Twitter is to the consumer, but what is Twitter’s value proposition to content owners, publishers, and rights holders on the sports side?

What I would say is that we [are] a complement. We provide an incremental audience, incremental to what they’re reaching on linear. We also provide incremental revenue. The content that NBC, ESPN, and the NBA are publishing to Twitter, they can actually monetize that which drives back to P&L. For us, in order to be a partner to these companies, we have to drive incremental value. And that’s something that we prioritize.

If I am going to sit at the table with Rick [Cordella] of NBC Sports, I need to provide value. If he tells me that I need data, I need revenue, I need eyeballs, then I have to provide that.

Will you be able to provide the data they’re asking for with privacy concerns evolving so fast?

It’s certainly a conversation that we have, and our objective is to provide whatever we can. But, ultimately we want to be a compliment to our partners. We want to reach every user on the planet with content that they want to see.

We know that if something is happening out there, people come to Twitter in real-time to tweet about it. When LeBron [went] to LA in free agency, people [came] to Twitter to tweet about it. So how can we couple that conversation with the actual video content that they are tweeting about? That’s really the secret sauce—the conversation and funneling that great video content within it to provide a comprehensive fan experience.

What is your take on athletes being aggressively involved in Twitter—and in a different format than every other platform?

That’s one of my favorite aspects of the job, especially now. You’ve got guys saying that they’re more than just an athlete, and we’re providing a microphone to them to establish their platform. It’s one thing to talk about the box score, but it’s another thing to say “I’ve got a platform that I want to use to drive change and be impactful,” and we’re seeing that a lot.

LeBron is saying, “I’m not going to shut up and dribble. I’m more than an athlete.” A lot of athletes across the space are really becoming excited about owning their own narrative and telling their own stories, and brands continually ask us how they can play in the game of authentic storytelling as opposed to just smacking a logo somewhere and riding it out. [The desire for] authentic storytelling is something that I hear on a day-to-day basis, and we’re able to work with athletes to deliver upon that.

So what about the division or fragmentation fracturing audiences? A game could be on Twitter, on Amazon, on NBC, or in three places at once. How does that effect the brands?

There’s certainly fragmentation in the marketplace, but I’m of the belief that people are going to watch it on the best screen, and right now that’s broadcast, that’s linear. We also understand that people are going to talk about what they see on television. That conversation unfolds on Twitter so in many cases a partner like NBC will publish real-time highlights to fuel that conversation which ultimately drives affinity back to the original source which is the broadcast partner.

And how do you think that audiences and brands feel about a game now being on four different platforms?

We’re among friends here so I’ll share this. I have a little cousin in college, and I’m convinced that he stole my cable login. Like he definitely uses my Time Warner Cable login. I know he’s too cheap to pay for it. What’s happening is that he doesn’t feel like he needs a cable subscription, but when he needs to watch that one show or when there’s some type of event that requires appointment viewership, he’ll sneak into my cable situation and watch it (and I’m letting him until he graduates).

It’s just indicative of consumption habits completely changing. We can’t force people to operate in a particular way. They’re going to do what they do, and we just need to make sure that we continue to reach them wherever they’re at.

One thing that I can say that we’ve learned from working with our partners to bring live content to Twitter is that users don’t want to see linear on social. They can just watch that on linear, and here it’s not optimized for the platform.

We have one live MLB game each week on Twitter, and we’ve stripped the traditional mid-roll ad. We actually show MLB content within those ad breaks to make it feel optimized for the platform.

So we’re having really specific discussions with partners to decide how we could make [our platform] a clear compliment and optimize all content for the platform that it’s on. So you’re seeing user-generated content being baked into different types of experiences, and I think leagues specifically are wondering how they can make things more interactive. How can they make this differentiated from what they’re doing on broadcast? It’s a conversation that we’re having pretty actively, and I don’t think we’ve nailed it yet, but it’s certainly something that we want to prioritize.