Venezia F.C. was broken until Joe Tacopina arrived and changed everything 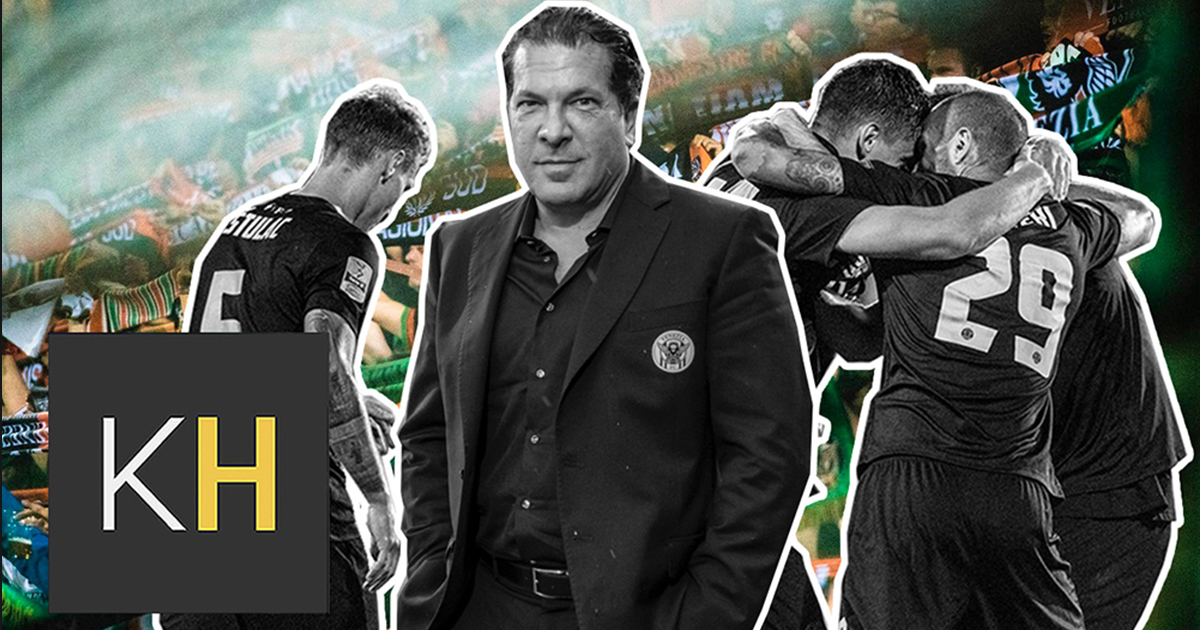 Joe Tacopina has been considerably busy these days, and understandably so. The renowned lawyer has represented celeb clients that range from A-Rod to Jay-Z throughout his career.

As one of Meek Mill’s attorneys in his most recent incarceration, they lost many battles along the way but won the war in April, a big W for hip-hop and prison reform thanks to JT and co. Now, what better way is there celebrating his welcome home from an unjust imprisonment than a Sixers playoff game?

No, Joe did not attend Meek’s welcome back during the Sixers’ Game 5 clincher if you were wondering. A New York native from Brownsville, Brooklyn, JT operates as the president of Venezia F.C. as well.

In the midst of his third season at the helm for VFC, Joe was aiming to make due on his promise to Venice, the Venetians and the fans of their historic city: bring club football back into relevance.

That is correct, your favorite celebrities’ attorney runs Venezia Football Club located in Venice, Italy. Born and raised by Italian immigrant parents, Tacopina was no stranger to the game nor his home country. He even has dual-citizenship.

Some might wonder what inspired this criminal defense lawyer to pursue presidential candidacy at an Italian football club. Well, a work trip was all he needed. We had the opportunity to sit down with JT where he told us,

I was doing some work there (Italy) as a lawyer and got a chance to see some Italian soccer games and I fell in love. I was absorbed by the passion and it’s sort of what inspired me to enter into the world of football.

With stints at both A.S. Roma & Bologna F.C. starting in 2011, serving board-member vice-presidential and presidential roles, he experienced great success with the two Italian clubs. When the opportunity arose, however, he knew he had to take on a bigger passion project. Joe lives for the challenge.

I was told ‘If you want to improve (Italian football) then get a group, make a purchase and change it.

Tacopina set out on a journey to test himself after succeeding with historically renowned clubs. Hand selecting his own team upon purchasing VFC, he had just earned a promotion for Bologna prior to his departure.

That would be the first of three promotions for Tacopina, a feat no other had accomplished until he arrived in Italy. He was interested in bringing back the enthusiasm and passion in a city that had lost it’s zeal for the sport. The rise of Venezia F.C. had begun with JT and co-running the show and so would the hype train.

The same bandwagon goers that doubted football can be done in Venice early-on have now since joined the wave. Supporting Venezia F.C. during their unprecedented run to a third straight promotion was exhilarating. Peeking into top-flight Italian football with the Juventus and Napolis in Serie A, the excitement was back.

His combination of skill set and personality has always given him a great edge. He’s a winner and he was ready for Venezia. While many doubted football can be done in Venice, Joe’s view was there HAD to be football in Venice.

In our sit down with Joe Tacopina earlier this season, he reminded us of Venice’s importance,

It is a city unlike any other, too important to Europe and globally to not have a football team.

This was the basic premise behind Tacopina & team’s motives to help Venezia rise from the ashes. After being told he’d waste his time, Italian football as a whole is amazed at these accomplishments. He’s a winner, wherever he goes. Roma. Bologna. Venezia.

Unlike any president of such a fierce sport, he sits on the curb with Ultras during away games. Connects with the local Venetians as if they were his own. Sits with hardcore fans, in their section, during matches. No other president of club football works the way Joe Tacopina does, and its worked immensely for the club.

He’s a president that is willing to leave the VIP area to speak the native tongue with the people. Sending an immediate message to the fan base that this guy cares about Venezia F.C. & he’s here to win.

I understand the game and the hurdles, the benefits and importance of integrating club football into the community. A lot of presidents don’t understand that as its a very vital part. This is my 8th year in Italian football.

Joe Tacopina is a rock star among the locals, a man of the people and the culture in Venice. He goes to Opera shows, theatre, and moves around the town with the Venetians to show how he differentiates himself.

Adamant about viewing themselves as more than a football club, JT and his team have done an incredible job. Fashion, art, music, architecture, and more all give Venezia a distinct advantage to most cities with football clubs.


As the Head of Digital for Serie A soccer club AS Roma, Paul Rogers has witnessed firsthand the power of the connected fan.

Bringing a North American sports business perspective with the homegrown Italian feel and passion makes JT, unlike any other president. Over the past 8 years its hard not to mention how Joe Tacopina revolutionized Italian football.

After winning Serie D, Venezia clinched Lega Pro (formerly Serie C), becoming the first team in 56 years to get promoted from Serie D to Serie B in two seasons. He’s proud of the formula that has made the club so successful thus far:

We’re running a financially responsible North American sports business model that will make our investors very great returns on their investment. Make them proud to be part of our project. Giving us the ability to then reinvest our earnings to make the team stronger.

Joe also gave us some insight into his plans for their new, state of the art stadium for their thriving football club. Its a project of his in which he has high aspirations for high objections, much like the ones he set out for himself upon becoming president of Venezia F.C.

Environmentally friendly with a hint of Venetian vibes that their current Stadio Pierluigi Penzo has, the new stadium will be a hit. His first trip there inspired what would be the intricacies he hopes to implement:

There was a lot of passion and a lot of room for improvement with the model, its something I identified right away as a great opportunity…..the scoreboard didn’t work, the place was dirty, I started writing down notes on a napkin for myself on how to improve Italian soccer.

While their historic run might be over, it has been an extremely impressive presidential candidacy for JT. Losing to Palermo in the Semi-Finals of the Serie B playoffs, Venezia was unable to accomplish a feat no club has ever even dreamed of.

The elusive three promotions in a row for Venezia was just a tall tale not too long ago, but they’re knocking on Serie A’s door.

Venezia F.C. will look to earn their promotion to Italy’s top division, Serie A, next season as a force to be reckoned with in Serie B.

In a year where Italy disappointed and missed the World Cup, the Italians have something to be extremely proud in Joe Tacopina and Venezia F.C.