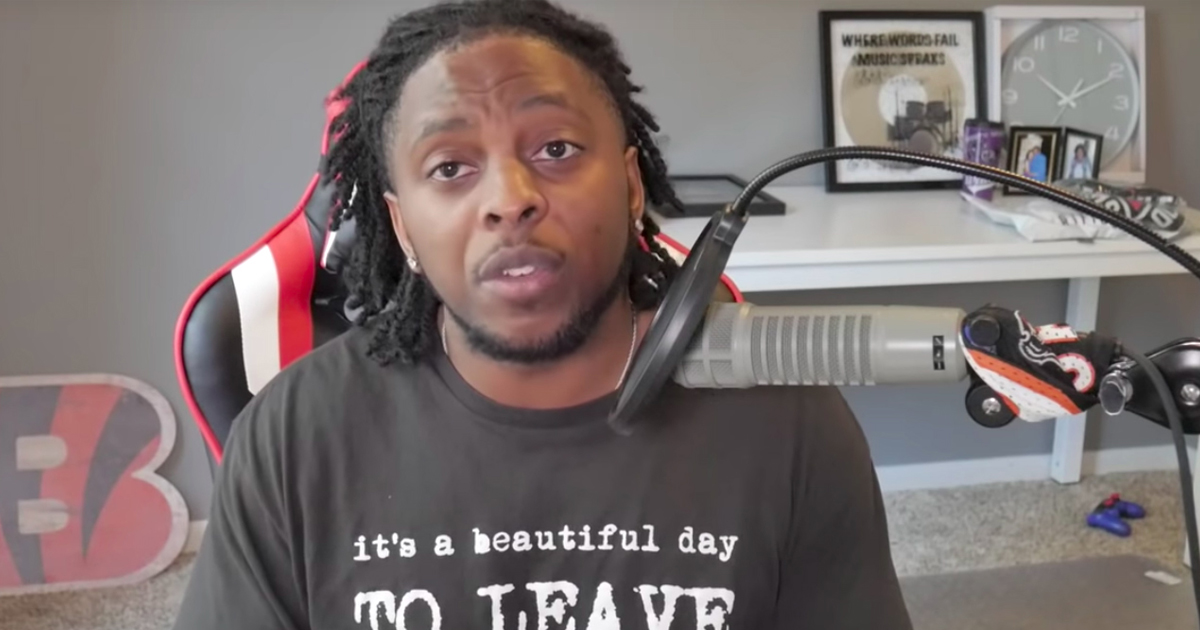 Life is a journey. You never know which road your passion is going to take you down. But if you continuously put the work in, you will realize that all the roads you have traveled are really just lanes on one big highway. For content creator Flemlo Raps, his competitive drive and passion have him now cruising down the highway toward success. However, it did not come easy.

During his senior year of high school, Flemlo put in the work on and off the football field and the basketball court. Flemlo Raps’ hard work garnered him a scholarship to Southern University in Baton Rouge, Louisiana, where he would go on to play football.

While at Southern, he quickly became popular amongst his teammates for his skill set as a rapper. On the football field, he possessed all the talent in the world, but after being redshirted his freshman year, his work ethic on the field dropped off.

After having a dispute with his coach, he decided to walk away from Southern University and never looked back. Once he left school, Flemlo took on a commission sales job at Conn’s. While working there for close to six years, Flemlo Raps saw something on YouTube that piqued his interest.

In an interview with Kulture Hub, Flemlo explains the life-changing epiphany that would inspire his next move.

I was doing real good [at commission sales], but I didn’t have any free time and you know it wasn’t fulfilling for me. So I just started to want to transition into something else. I used to watch YouTube. I used to watch a lot of Call of Duty videos… and one day one of the cats I was watching did like a house tour. I was like house tour? What is this? Then I realized cats was like actually making a living doing this.

Motivated, Flemlo Raps started doing his research. He knew he was on to something once he started to educate himself more explaining,
“I started watching ‘How to Grow on YouTube’ videos and boom made me a plan, like a three-year plan and I started building while I was working.”

2015 marked the beginning of Flemlo Raps’ journey as a YouTube content creator. He would start each day by making videos before clocking into work. With his real-life experience, being a former athlete himself, he’s able to shed light on stories not a lot of people know about.

Flemlo explained the process of building his YouTube channel while working.

I would get up at like 5[AM] everyday. I would get my video done. Then I would have to go to work at 10[AM]. Work from 10 to about 7[PM] and just do that everyday. I was dropping one video per day.

NCAA Football 2014 was Flemlo Raps’ main source of content. He explained how he started his humble beginnings on YouTube covering the popular game.

Basically what would happen is, I’m doing NCAA so I just played you know what I mean? I’d play like four games. So I got my content. So now all I’d have to do is just wake up and edit. I’ll send the upload up and then once I’d get to work, I would do my title, my thumbnails and all that stuff on my phone. And then I’d just schedule it to drop at midnight.

With his job no longer fulfilling his purpose in life, Flemlo Raps knew it was time to leave his job and follow his new passion. Flemlo said,

After doing that for while [commission sales], it was just hard man. The calling for me was so strong. I didn’t know when I was gonna go full time. I went full time with 5,000 subscribers.

Loyal to the grind, Flemlo Raps turned himself into a content-creating machine. He quit his sales job and put all his energy into this craft.

“The variable I knew was gonna be my hard work. So that’s when I started doing three videos a day because it was like I wanted to fill up every second I had because I couldn’t fail—I had a kid at that point.”

Meet Overtime Larry, the video host creating content with the next generation of athletes

Overtime has indubitably established themselves as the “go-to” platform for the next generation of athletes and fans.

After amassing over 70,000 subscribers from his gaming content alone, Flemlo Raps decided to leave the gaming content behind because of its short shelf-life.


Instead, Flemlo Raps shifted his focus to human interest stories, sparking his most famous series: What Happened To.

I felt like I had a unique perspective I mean, I look at things a little bit different. I just wanted to humanize a lot these guys. Especially the guys who have alcohol issues or drug issues and stuff like that, the way they get talked about in the media, they never look at it from the human side of it. And addiction, that’s a disease. It’s not like they can just decide. So I kinda just wanted to tell their story from a different perspective. You don’t really get to hear the whole story.

He even got a shout-out in the credits for the third season of Last Chance U giving him even more motivation to continue creating the content he’s been making.

Now with 254K subscribers on YouTube, Flemlo Raps is becoming a staple in the YouTube world. With how strategic Flemlo Raps is with his approach and how competitive his drive is, Flemlo is not surprised one bit by his success.

I’m not trying to say this in an arrogant way, but I 100% believe in myself. I would have never quit my job at 5,000 subs if I didn’t think I was going to get to this point. So I expected to get here; I didn’t know how long it was gonna take, but I just knew I was gonna do everything in my power to make it happen. You don’t know how good you are objectively until the people decide.

Flemlo even gives advice for future content creators seeking to go full-time with their grind. Peep the facts Flemlo spits below:

Social media and the internet is your best friend. I’m a guy who before I had a YouTube channel, I didn’t even have a Twitter page. I didn’t have an Instagram, none of that. But, today you can reach so many people, especially if you had any notoriety from where you’re coming from, you can make it happen. If you want to do something creative, do your research. Think about what you’re good at, what are your strengths, and then find which platform best fits your style. Focus on a niche when you start and then you can branch out.