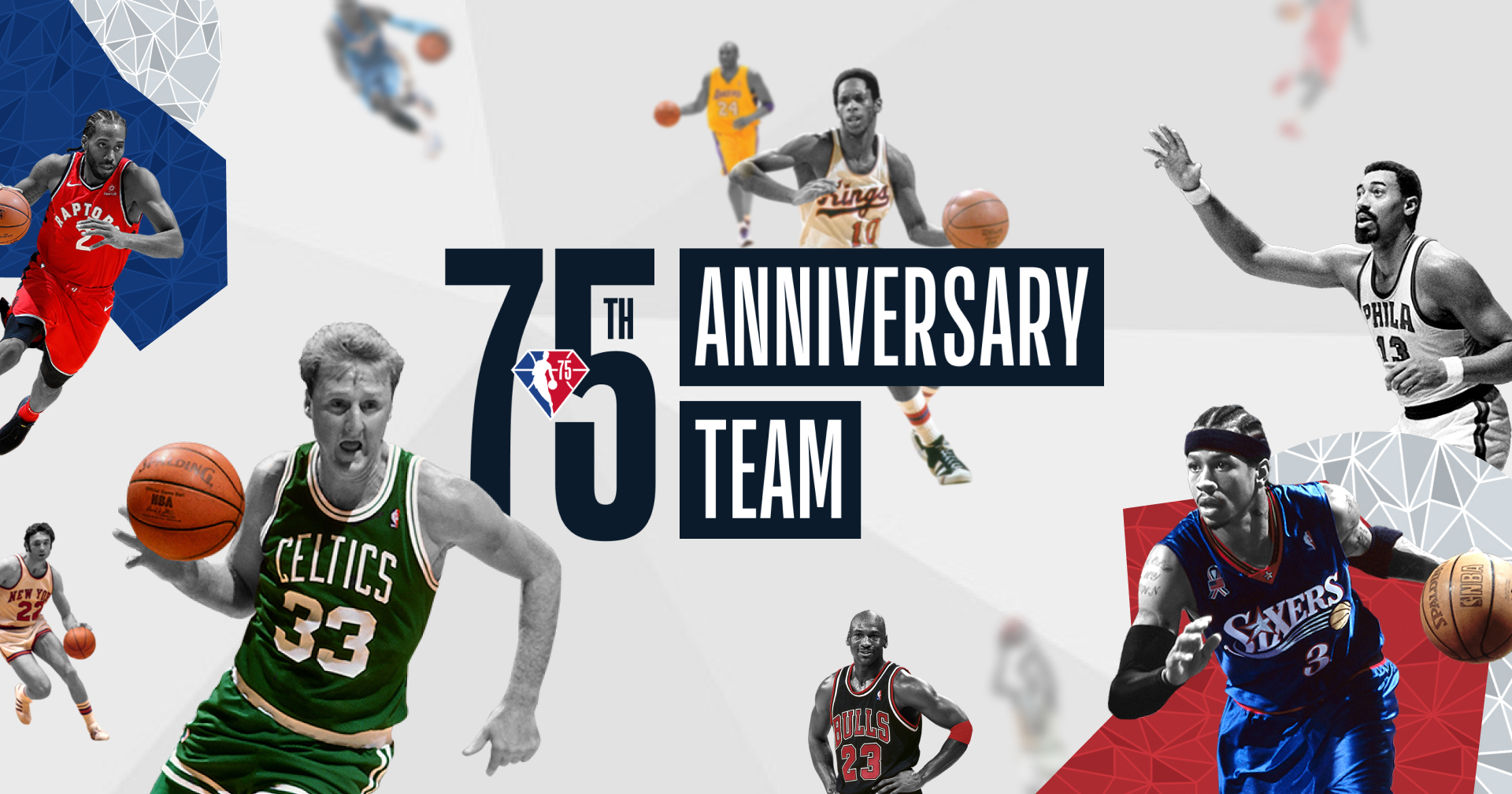 This submission details the NBA’s 75th Anniversary digital site focused on celebrating the 76 greatest players of all time throughout the entire season. The mobile-first site provides compelling storytelling content and immersive digital experiences setting a new standard in fan engagement.

With the goal of celebrating the NBA’s 75th Anniversary Season, the team implemented creative and innovative strategies to tell the stories of the 76 greatest players of all-time, delivering an engaging mobile-first immersive experience for our global fanbase.

In order to do so, we leveraged best practices not only in the sports industry but in media and tech overall. Examples include creating a multi-directional scroll and immersive templates, leveraging compelling trivia to unlock players in the Ultimate 5, and leaning into storytelling via both video and editorial content to highlight the lasting impact of the 75th Anniversary Team on the sports world and beyond.

Objective: One of the primary goals this season is to celebrate the league’s rich history over the last 75 years, from its inaugural season in 1946 to present day. Our goals are rooted in storytelling, fan engagement and using our digital assets to ensure that fans of today and tomorrow are well-versed in the NBA’s storied history, from legends to current superstars who have forever impacted the game of basketball. We were highly focused on the announcement of the 75 greatest players of all time, celebrating each player’s unique greatness throughout the course of the season, and connecting the dots between how NBA legends continue to inspire today’s superstars.

Strategy & Execution: The first key milestone this season was the highly-anticipated announcement of the 76 greatest players of all time. It was paramount that our digital site reflected the excellence of each name as they were revealed. Each player page, created and published in real-time, celebrated their impressive accolades.

We continued to spotlight the 76 players with “player drops” that included 2 new franchises: “Archive 75” and “75 Stories.” We released compelling video and editorial content for each player on a date coinciding with a historical moment in their career, birthday or other milestone.

The next goal was providing fans with a deeper look at the connections between members of the 75th Anniversary Team. The result: an immersive page with multi-directional scrolling to take fans on a one-of-a-kind journey through NBA History.

Fan engagement was also a key priority, leading to the creation of the “Ultimate 5.” Fans are prompted to complete trivia questions to ‘unlock’ players to draft into their starting five lineup. Ultimately, each fan’s squad would be ranked based on an algorithm that awards points to each player on the squad, creating a competitive and shareable aspect to the overall experience.

Results: On launch day of the NBA.com/75 page, nearly 40% of all users of NBA.com visited nba.com/75. Within the first week of the reveal of the 75th Anniversary Team, 50% of users who visited an NBA 75 Player Page returned to those pages more than once.

With the trend towards mobile-first fan-engagement, the NBA.com/75 page was optimized to cater to fans visiting the experience from their phones. Since launch, 81% of traffic to the page came from mobile.