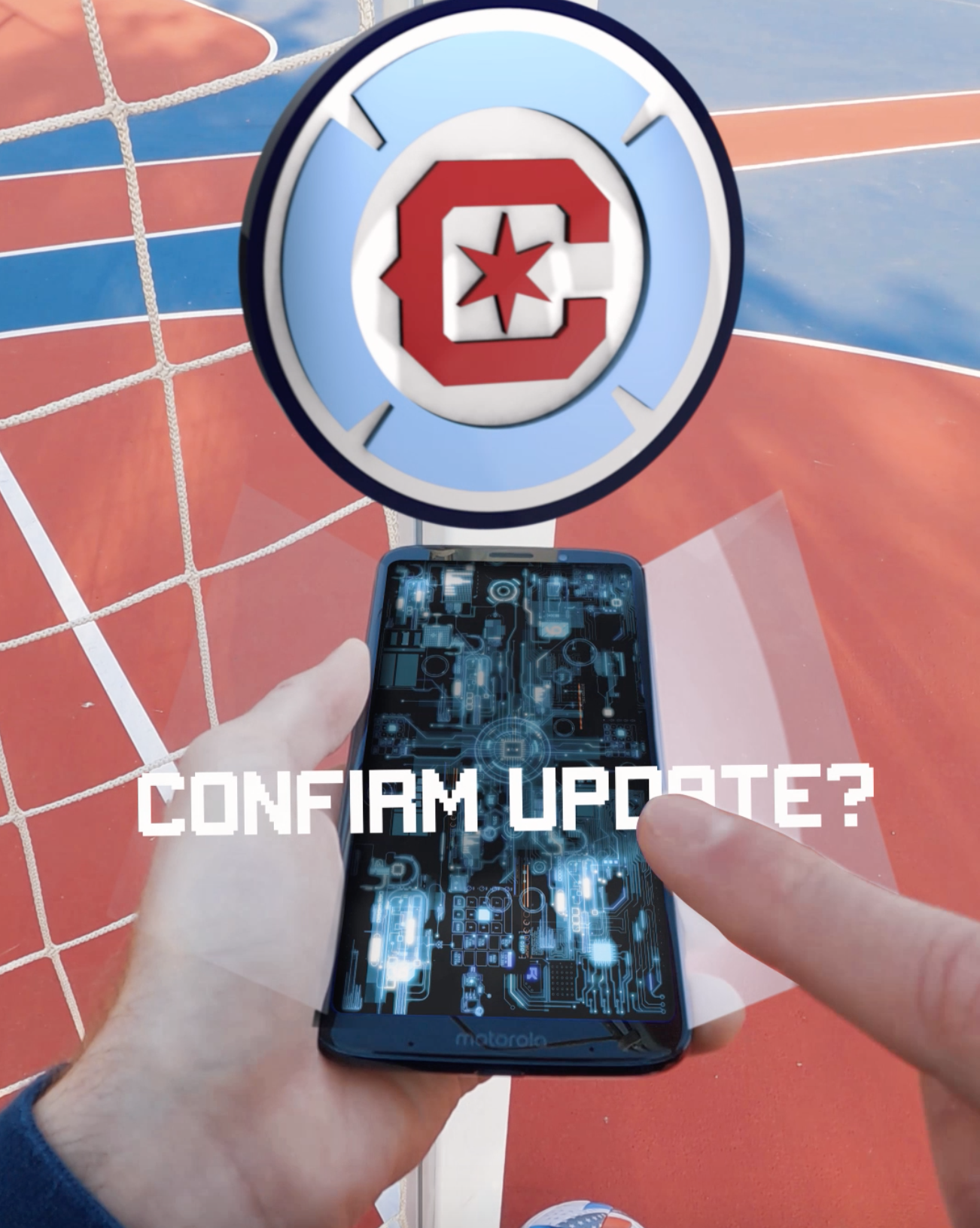 After it became clear the Chicago Fire's initial brand redesign in 2019 was not successful, the Club began the process to start again from scratch, but this time including its fans, supporters, and city every step of the way. The months-long, fan-focused project saw more than 20,000 Chicagoans add their voice to the creation of the new identity. Once completed, the Fire creative team then was responsible for a rollout fitting of the new crest, one that fans had poured 225,000 words of written words and 500 hours of dedicated roundtable time into.

We are big believers in showing, not telling, and these motion graphics, animations, and visual effects brought that mission statement front and center in ways that stopped fans and non-fans in their scroll. We were able to attract old and new fans alike to participate in the process, and then reward them by using their voices and input within fun and engaging pieces of launch content.

Objective: Our goals were twofold: First to invite and entice fans and Chicagoans everywhere to join the conversation about what they'd like to see in the Club's new crest, and second to storytell and bring to life how the feedback was used to develop and create our visual identity. The Club wanted participants to see a direct line from the start of the project to the end, so the unveil would be less of an unveil and more of a confirmation.

Strategy & Execution: The content creation began first in January, 2021 and spanned through the Club's 24th anniversary and the 150th anniversary of the team's namestake, the Great Chicago Fire, in October.

To announce the project, the Club created a short animated video with a "work-in-progress" storyboard look to quickly and compellingly get the information and the call to action across for anyone watching to participate.

Once the crest was ready to be soft launched in June, the Club then created another video, debuting new visuals including recordings from the actual fan roundtables and individual elements the fans requested to be included in the crest -- all culminating in the elements coming together to form the Club's new logo.

Finally, for the official launch in October, the creative team went all out to bring the crest fully to life in ways our audience had not seen prior. This content piece featured reality-breaking visual effects, playing off a phone update and having the crest literally pop out of the device before slamming back in and transitioning into a high-energy social media themed montage. We then dropped a brand video featuring a former league MVP speaking over animations telling the story of the club's 24-year history.

Results: Through all of these efforts, the Club received overwhelmingly positive feedback from the fanbase and city not only on the project and resulting crest, but also for how the crest came to life through content. Fans have since embraced the crest as their own, and proudly wear the mark across their chest. Quantitatively, the October crest launch generated 3.5 million impressions and 485k video views, while the yearlong project produced more than 9 million impressions and over a million video views. The Club now enters the 2022 season, its 25th season in Major League Soccer, with renewed energy and support from its supporters, and with an eye on growing to embrace more and more Chicagoans everywhere.