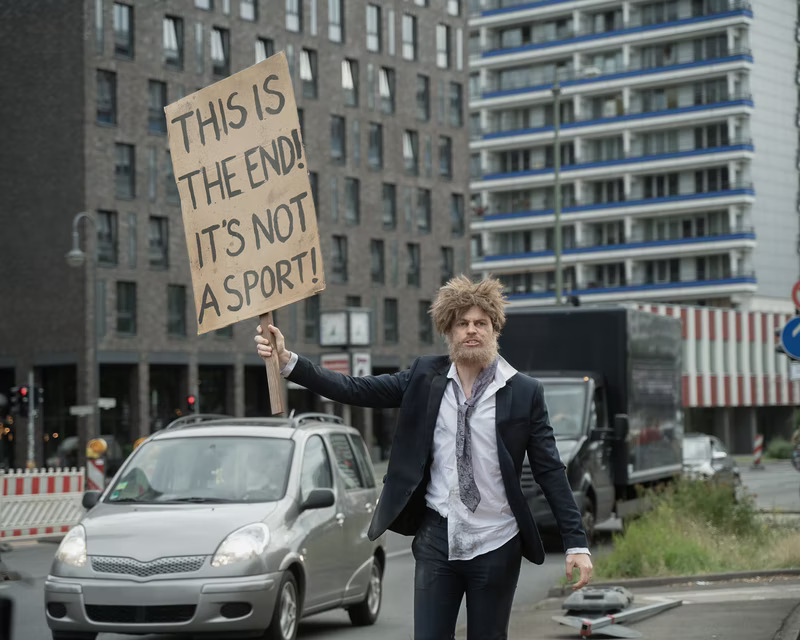 Is esport really a sport, and what happens if it’s not?

As a partner of the European Championship in League of Legends, Erste Bank found a proper answer to this question.

The film takes up a social debate while fully adopting the community's point of view. In the process, truth is expressed that no one has ever formulated before: if you love esports, you don't care if anyone recognizes it as a real sport. And this message was packaged in a humorous story that speaks from the heart of the gaming community. At the same time, this film is a commitment by the Erste Group to esports and against all those who want to talk it down.

Not only was the story insight-based - every detail in the film is based on a deep understanding of the gaming community. The set-up, several easter eggs, the choice of music. In Twitch chat, on social media, and on YouTube, the film was hailed by many gamers as the best advertisement in esports. This is worth highlighting because the esports and gaming community is arguably the most critical target group in the marketing world. Brands that try to appeal to this group are literally torn apart by the community. With "Esports Doomsday" the opposite was the case.

Objective: Following its esports debut in 2020, Erste Group, one of the biggest banks in Eastern Europe, is celebrating the second chapter of its partnership with the League of Legends European Championship (LEC). The Centerpiece of this year’s campaign was a commercial film for YouTube, social media, and the LEC broadcast on Twitch. Talking to a critical target group of gamers, we needed to find a strong community insight, which allowed us to authentically show our support for the esports community - all under our brand claim #believeinyourself.

Strategy & Execution: Whether esports is a sport or not, is the topic of constant discussion in the worldwide media. While countries and associations take part in the debate and question the sporting character of esports, we recognized that the gaming community was very quiet. The reason: they just don’t care. They love what they do – no matter if someone approves it to be a sport.

Based on this insight we created the film “Esports Doomsday”.

The end of esports is initiated by a trivial joke of a comedian (referring to a gamer-joke of Jimmy Kimmel), which resulted in the conclusion “…esports is not a sport!”. The news spread quickly: Trevor Henry, one of the most famous League of Legends casters, cancels the LEC broadcast, gamers disillusioned throw their gaming PCs out of the window and two old chess players in sports suits laugh about it – they always knew that esports wasn’t a real sport. In the end, a young gamer rips the viewer out of this absurd imagination, casually saying “Not a sport? Who gives a sh*t!”

It’s the community's answer to this huge social debate and Erste Group adds: “Proud sponsor of esports – or whatever you want to call it, boomers.”

Results: The film hit the humor of the gaming and esports community. The film generated over four million views on YouTube and got shared by teams and stars of the industry. YouTubers and streamers reacted to the video live on Twitch and were thrilled with the storytelling of our movie. In hundreds of comments, Erste Group was celebrated for their engagement and for spreading the right message. “Esports Doomsday” was full of easter eggs and esports insights (in the appearance of pictures on the wall, as room decoration, on billboards, or as items at the flea market). They were all found by the community within hours after the release – all posted and shared on social media without further activation.