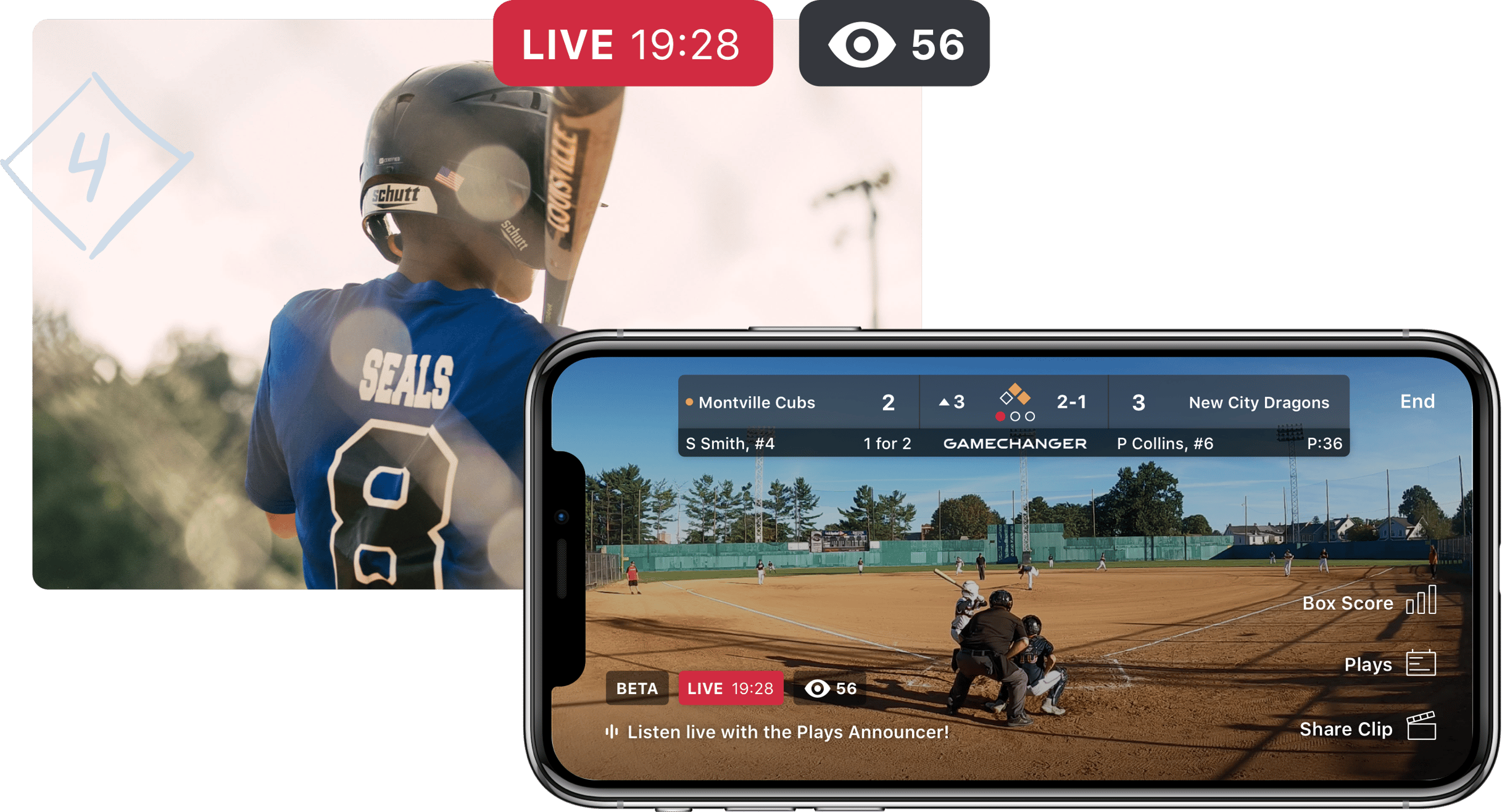 During the COVID-19 pandemic, GameChanger (owned by DICK'S Sporting Goods) launched live-game streaming capability within its app so families could stay connected to youth without actually being at the game. And this wasn’t just any live stream. Leveraging AI, the team combined live streaming with its already top-rated scorekeeping features to produce a scoreboard overlay that was unlike anything else that existed at the time or does now. It's almost like watching a professional ball game on the ESPN app, only your own kid is the star. Coaches don’t need any fancy cameras or complex installations to record the games either. All they need is their mobile phone and a scorekeeper. And the best part for families is that live streaming a game was and still is 100% free.

At GameChanger, we like to say that the most important game of the week is not the one LeBron James is playing in, it is the one your kid or grandkid is playing in. But if you can’t be at the game, how are you going to watch it? We have solved the problem of tracking and watching youth sports in the digital age. And you don't need any fancy equipment to do it. Just a phone. We believe our work is important because youth sports are such an important part of the fabric of our communities. The coaches that use GameChanger are motivated by helping kids develop physically and mentally. Families use GameChanger because they are passionate about their kids developing social skills and working with their teams. Sports can teach so many amazing lessons and it’s a great way to learn about the common good.

This year, GameChanger became the exclusive technology partner for state high school athletic associations in New York, New Jersey, Georgia, and eleven additional states. We now partner with 20 state athletic associations overall, and 15 of the top 20 states in terms of the number of teams.

Objective: GameChanger empowers youth athletes, coaches, and families to stay connected through team management tools, developmental resources, and now, live game streaming. Available on iOS, Android, and the web, GameChanger covers over 4 million games and over 550,000 teams a year, making them the leader in their space. The company was founded on the firm belief that youth sports are a pathway to building long lasting life skills.

The COVID-19 pandemic disrupted one of the fundamental values that makes us human: connection. For a company whose ultimate goal is to connect people, this had a profound impact on GameChanger’s business. After all, if parents and family members couldn’t attend games, how would they keep up with youth sports? Through the help of its parent company, DICK’S Sporting Goods, GameChanger's objective is to push the industry towards democratizing sports. They want to make it easier, not harder for families to connect through youth sports.

Strategy & Execution: When COVID-19 prevented Brenda Laskowitz, a GameChanger user, from attending her grandson’s baseball games, she was wondering when or if she would ever get to see him play again. Her grandson lives 1,000 miles away in Florida. Every year, Brenda and her husband would travel down from Oklahoma to watch him play but they weren’t able to last year due to safety concerns and national social distancing measures in place. Every weekend during the pandemic, parents and grandparents like Brenda rarely knew how many people were allowed to come to games, much less if it was safe to go or not. Some states disallowed spectators altogether.

In the midst of this uncertainty, the team at GameChanger launched live-game streaming capability within its app so families could stay connected to youth without actually being at the game. An incredible aspect of GameChanger’s new live streaming product was that it took just under three months to launch. Thanks to GameChanger, Brenda now watches her grandson every weekend during the season in real-time through a live stream from the safety of her home. The app has helped countless additional parents and grandparents like Brenda stay connected through the joy of youth sports.

Results: GameChanger products are beloved by our customers. Over 850k reviews on the iOS App Store show that. So does a Net Promoter Score in the 70s. Some additional stats:

The new video stream features became so popular that GameChanger has made it a top priority and differentiator for its brand this year and into the future. Originally available for only baseball and softball, the company rolled out live gaming streaming for all sports in September, including football, soccer, and hockey (deeper analytics/streaming were also released for basketball late last year).