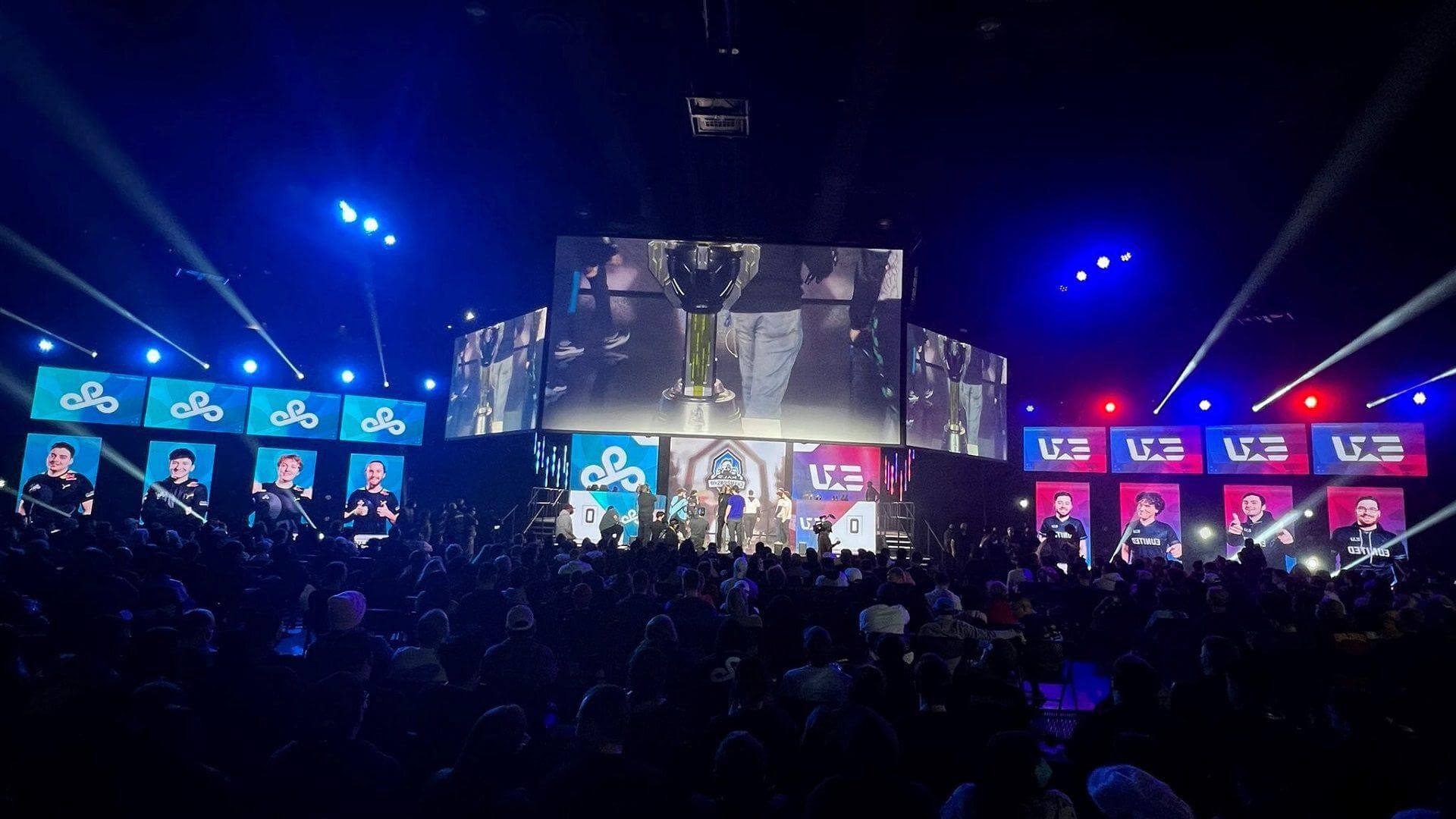 In December 2021, Esports Engine and 343 Industries teamed up to produce the Halo Championship Series (HCS) Kickoff Major at the Raleigh Convention Center – the inaugural esports tournament for the newest Halo installment, Halo Infinite. Commemorating the franchise’s 20-year history, the event tapped into the nostalgia of the early days of Halo to drive deeper engagement amongst fans. The three-day celebration of Halo brought together thousands of players for open-bracket gameplay. Meanwhile, the broadcast featured an all-star cast of former Halo greats in a fast-paced, high-intensity Red-Zone style production.

In addition to a sold-out crowd watching in Raleigh, the broadcast eclipsed the next-most-watched Halo stream by 786 percent, generating 4.3 million total hours watched. HCS Raleigh’s expert production and execution set the benchmark for the entirety of the 2022 Halo season, and for years to come.

Esports Engine and 343 Industries leaned into what made Halo the global phenomenon it is today: the fans. With the COVID-19 pandemic rescinding, HCS Raleigh delivered a fan-centric experience to the Halo community and millions of esports fans across the globe. Relying on the teams’ intimate knowledge of the space and hyper-conscious approach to fan feedback, Esports Engine and 343 Industries staged a heroic comeback for the franchise.

Laying the foundation for years to come, HCS Raleigh delivered storylines that gave meaning to the competition while veteran producers captured the intensity in every flag cap, tie-breaker, and highlight-worthy play that will become a usual suspect in competitive Halo.

HCS Raleigh will be regarded as an industry standard for reigniting a community of passionate fans and unlocking engagement in a meaningful way.

Objective: With HCS Raleigh, Esports Engine and 343 Industries set out to reinvigorate the competitive Halo scene. The pair looked to create a Halo esports program that would engage both long-time Halo fans as well as inspire the next generation of Halo players and fans. To reach the full scope of its fan base, the event also needed to be readily available across physical and digital channels, welcoming different audiences through co-streams and delivering a multi-view snapshot at competition via a variety of feeds.

HCS Raleigh sought to capture over two decades of franchise history in one cumulative moment. HCS Raleigh looked to tap Halo veterans and household names to create a groundswell of excitement amongst the title’s most passionate fans – especially ahead of the highly-anticipated launch of Halo infinite. As the first Halo LAN event of the season, HCS Raleigh needed to set the tone for the esports ecosystem and propel it to the top echelon of esports competition.

Strategy & Execution: In order to maximize reach and engagement, 343 Industries and Esports Engine designed and implemented a competition that would give fans access to as much at their fingertips as possible, including a high-touch, all-access style of production.

To achieve this, Esports Engine leaned into a “Red Zone” style production that leveraged four feeds, five in-game observers, and eight face cams to create an immersive experience for Twitch viewers that placed them in the center of the action. While fans cheered from home, attendees soaked in the spectacle of in-person competition, using multiple stages, intelligent lighting, and entrancing sound design for a 360-degree match experience that ran concurrently throughout each day of the tournament.

Results: The phrase ‘Halo is back’ reverberated off the walls of the Raleigh Convention Center, and social media feeds were filled with Halo content as industry fans and professionals tuned into HCS Raleigh.

At the event’s core, HCS Raleigh’s ability to restore the open LAN format that grew esports to where it is today helped capture the energy of the world’s best colliding in 4-vs-4 competition – reflecting Halo’s journey from hotel ballrooms to a sold-out crowd in Raleigh. The community’s excitement for the LAN was readily apparent as competitor, spectator, and VIP passes all sold out within hours of the release. Meanwhile in-game crowdfunding efforts boosted the total prize pool by $100,000.

Throughout the weekend, thousands of attendees turned up to the Raleigh Convention Center to watch 214 of the best Halo teams compete in the open bracket.

That enthusiasm was mirrored by fans tuning in from home. The broadcast generated 4.3 million total hours watched – a 786 percentage viewership increase over the next most-watched Halo event – and an AMA of over 120,000. At its peak, the concurrent viewership rose to over 262,000, setting the franchise record as the most-watched Halo esports event of all time.