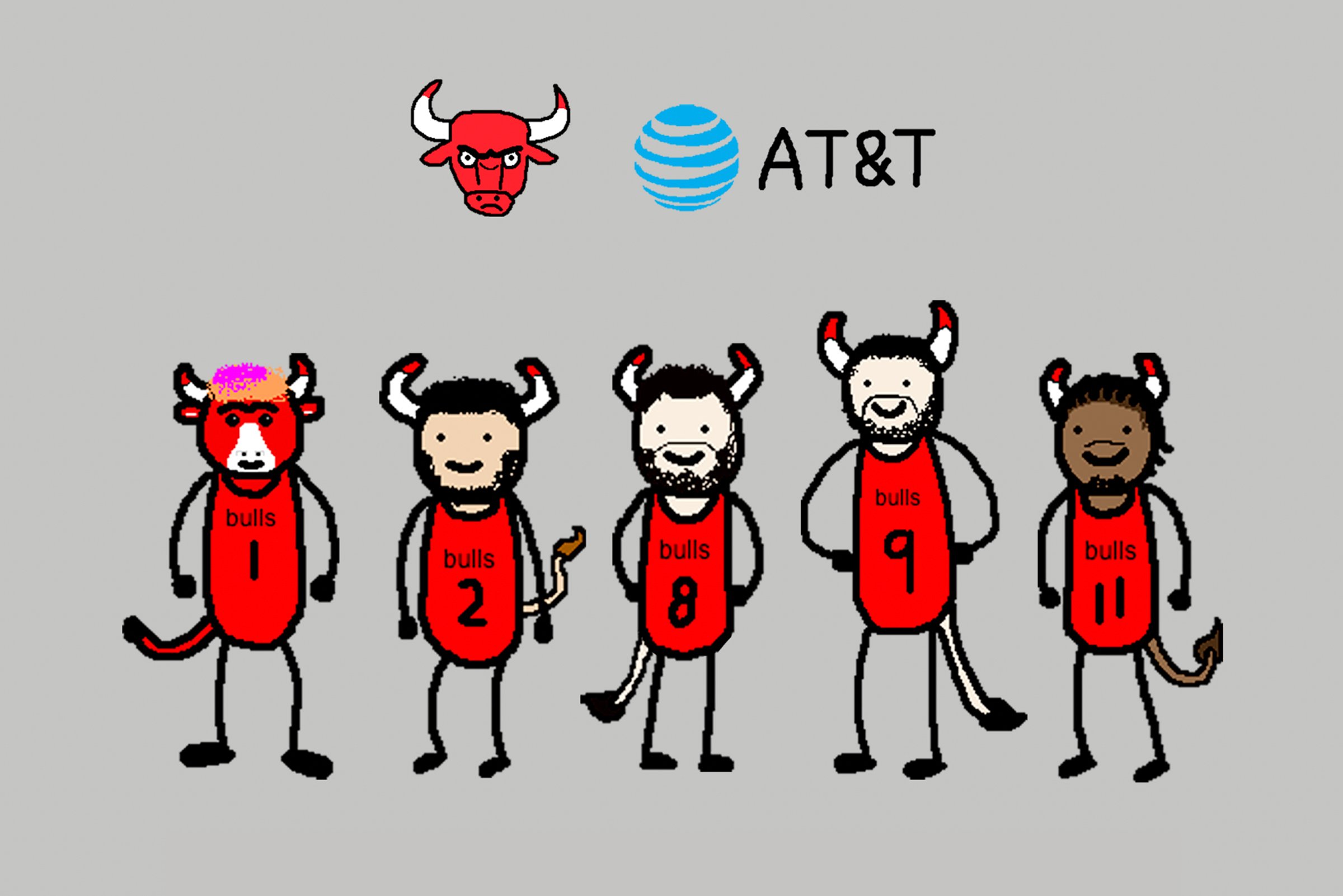 The Chicago Bulls and AT&T collaborated with one of the leading NBA Twitter accounts, NBA Paint, to create a series of well-loved digital and physical assets throughout the 2021-22 NBA Season.

We always want to be thinking “fan-first” when brainstorming and executing concepts. With this collaboration, while the initial concept was already strong, through keeping track of fans’ sentiments and the social performance, we saw many opportunities where we could extend the campaign in a way that would still resonate strongly with fans. We were not satisfied with just letting the collaboration exist as one concept, and therefore looked to keep building on it with various creative and fan-driven digital and physical assets.

Objective: The release of our regular season game schedule is one of the Bulls’ most anticipated posts of the year, as it heralds the arrival of a new beginning and builds fans’ excitement for the team and upcoming season. Therefore, our team’s goal was to create a video teeing up the release that all our fans would enjoy and get excited about. We reached out to NBA Paint – a Twitter account that has been making waves in the #NBATwitter space with Microsoft paint-style art that fans, players and teams frequently interact with – for a fun and creative collaboration.

Simultaneously, we also worked with our corporate partner AT&T to optimize the creative and partner branding integration to make it a collaborative impact for both brands. The main questions we wanted to tackle was how to elevate this project and make it more enjoyable for our fans, and how to let our fans take home a piece of this collaboration.

Strategy & Execution: We brainstormed different concepts for our schedule release video, and ultimately decided on Benny the Bull playing an arcade game and picking an NBA Paint-style character he wants to play as and against. Each character represented a different team, and in true NBA Paint-style, each character – Zach LaBean, Bradley Seal, Luka Donk-Thicc, Evan Mobile Phone and more – were cutely and wittily depicted. The introduction of the various characters allowed for other teams’ fanbases to join in our schedule release conversation.

In addition, to build on the excitement on schedule release day, we added the NBA Paint aesthetic to all our schedule graphics and even changed our Twitter avatar for the entire weekend. But this was only just the beginning of our AT&T x Bulls x NBA Paint collaboration. We expanded it first to our Home Opener (Oct. 22, 2021) and later our #BullsSocialNight (Jan. 19, 2022), creating a number of quality digital assets and two physical items for AT&T consumers and Bulls fans.

Key elements to our collaboration:

Results: Our partnership with AT&T and NBA Paint generated a lot of excitement from all our fans worldwide. We garnered over 5.5 million social impressions and 88k engagements through our social posts and created two physical products for our fans.

Fans and larger NBA fan community accounts shared positive reactions to this collaboration, such as “The Bulls just had the greatest schedule release of all-time” to “I love my team, but Chicago won the battle of letting the schedules out". Fans were also excited that we extended the schedule release into merchandise: "Y’all turned it into merch???? I NEED IT" and "I HAVE A MIGHTY NEED".