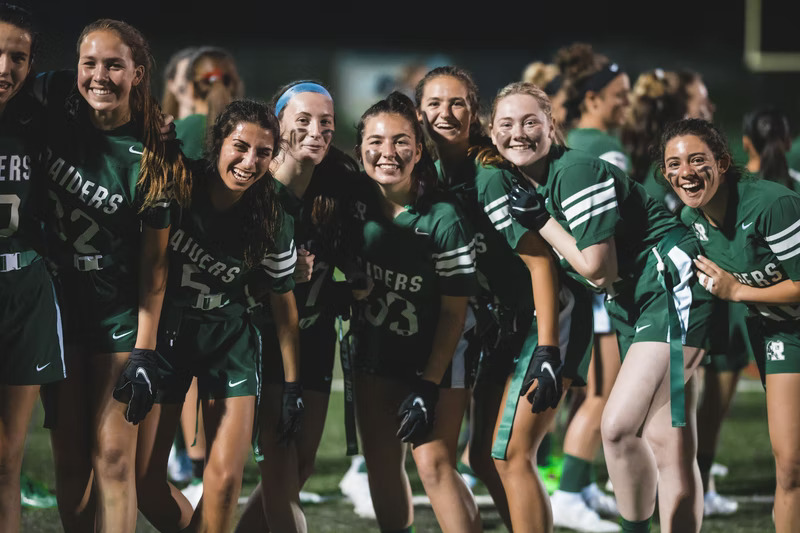 The New York Jets released an eight-part documentary series, #EmpowHER, that takes an in depth look at the inaugural season of the Girl’s High School Flag Football league formed in partnership by the New York Jets and Nike. The series documents the entire season, from the launch of the program to the finals, and highlights the activities that took place around the Jets x Nike Girls Flag Football League.

As the first ever Girls Flag Football league in New Jersey, the #EmpowHER docuseries sets the bar for the sports industry. The Jets believe that girls should have the opportunity to play football and experience everything the greatest game in the world has to offer. The docuseries takes an inside look at the opportunity the female athletes were provided with and how impactful it was in their lives. The Jets are committed to raising the bar and setting new benchmarks as the league will expand to 42 teams this season, with an additional four conferences onboard. Through the athletes’ journeys and the female narration, the #EmpowHER docuseries sets a new standard in fan engagement by showcasing the endless possibilities women have in sports and the integral role women play in the success of the Jets organization.

Objective: Empower: To empower young women across the country in pursuit of gender equity and opportunity across all levels of the sports industry.

Promote: To promote and gain local and national media coverage of the inaugural season of the first High School Girls Flag Football League in New Jersey with the long-term goal to have the sport adopted as an official high school statewide championship sport.

Grow: To attract the attention of local high schools to gain interest in participating in future seasons of the league.

Strategy & Execution: Create an entertaining and female driven episodic series showcasing team highlights throughout the entirety of the season

The season was documented and shown through eight episodes, presented by Nike, taking viewers from practice to the championship.

The docuseries was narrated entirely by women in the Jets organization. Ranging from various departments and leadership roles, these women showcased and represent limitless opportunities and possibilities available to these athletes, specifically in the world of football.

Released all eight episodes of the docuseries on the NY Jets YouTube channel on July 26, 2021. Subsequently made available on all New York Jets platforms.

Converted the eight-part series into a 30-minute featured special, which premiered on SportsNet New York (SNY) on August 16, 2021.

The success of the inaugural season led to tremendous expansion in the second season of the Girls Flag Football League, which will launch Spring 2022, growing from eight schools to 42 schools, including four new conferences. The league will also expand to Long Island this season.