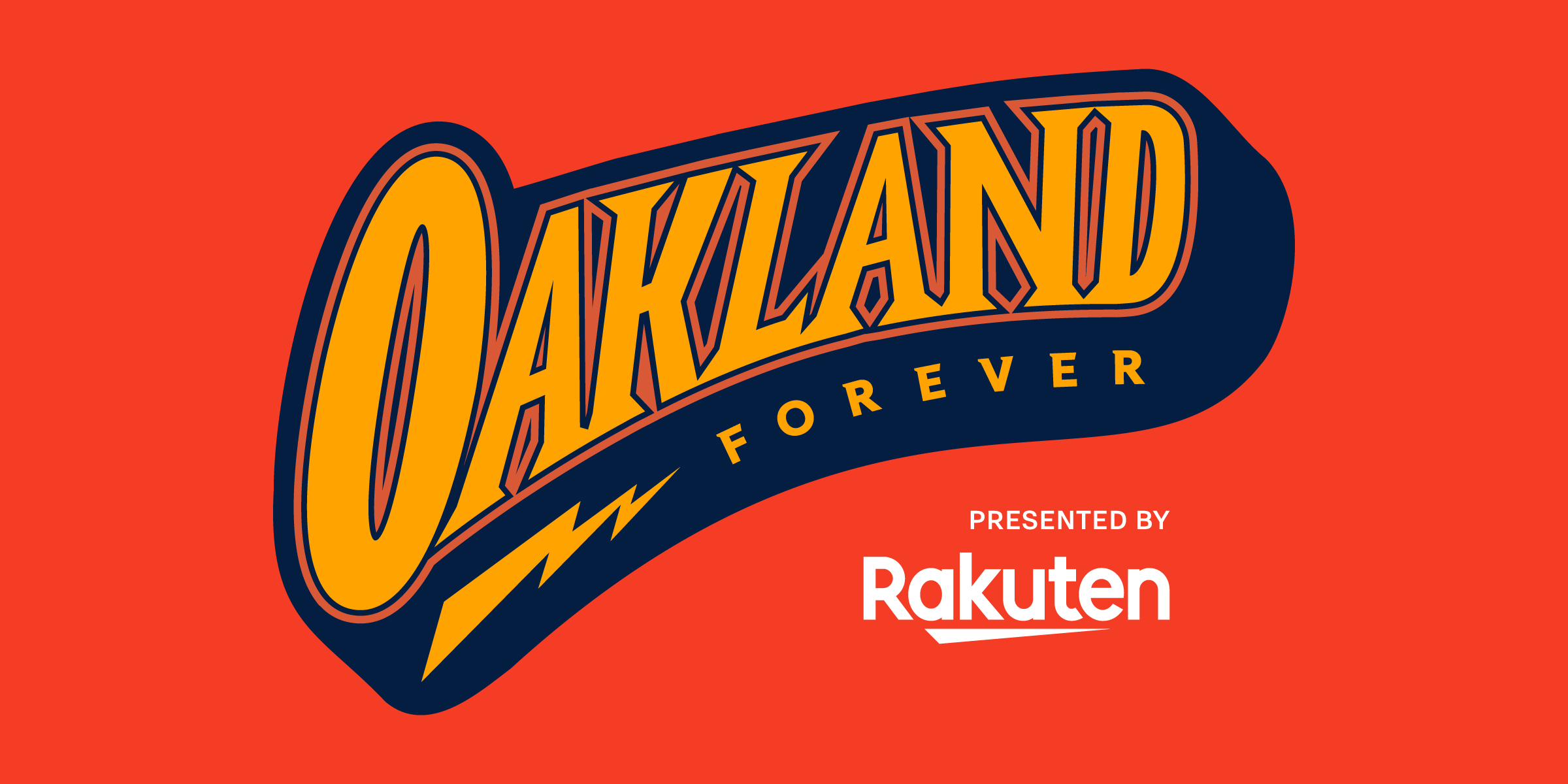 Rakuten and the Warriors partnered on a 360 degree, season long platform built around the Warriors jersey badge sponsorship and the We Believe era of Warriors history. The Oakland Forever platform extended across social, digital, retail, and more leading to business driving results for both parties.

The jersey badge is the highest performing asset for Rakuten's brand awareness metrics, but Rakuten wanted to challenge the perception and prove that Rakuten is more than just a logo on a jersey.

The Oakland Forever platform exemplified many best practices around a cohesive use of assets to generate ownable season-long engagement. The multifaceted campaign had tactics that leveraged nostalgia to encourage engagement and built storytelling around the jersey, creating a natural brand association for Rakuten. The gift with purchase sales incentive program also highlights a true symbiotic partnership between Rakuten and the Warriors that drove business results for both parties. The Oakland Forever platform is a great example of how brands and properties can create an ownable platform that hit upper marketing funnel brand KPIs and guide fans towards lower funnel brand results building around already ownable assets.

Rakuten and the Warriors have built off this platform model for the 2021-22 season and are continuing to see great success with the current platform execution.

Objective: Rakuten entered their 4th year as the Golden State Warriors jersey badge partner and established a solid brand awareness foundation due to this asset. To amplify the partnership further, Rakuten and the Warriors collaborated on a 360-degree integrated marketing campaign around the 2020-21 City Edition Jersey to build the Oakland Forever presented by Rakuten platform. The jersey, court, and the platform paid homage to the “We Believe” era in Warriors history and the many years the team spent in Oakland.

The platform was a collaborative effort to optimize the use of Rakuten’s assets to create an ownable program for Rakuten. The jersey badge is Rakuten’s most visible asset and a platform built on the City Edition jersey provided an authentic story that Rakuten’s assets could bring to life.

Strategy & Execution: Elements of Rakuten and the Warriors’ shared values were weaved throughout the campaign to bring joy and nostalgia to fans. As a member of the We Believe team, Rakuten Global Brand Ambassador Stephen Curry was used to amplify the campaign.

The Warriors and Rakuten partnered with local retailer, Oaklandish, on a limited-edition Oakland Forever line with two exclusive SKUs created for Rakuten’s gift with purchase promotion. A hoodie and a long sleeve shirt were the exclusive SKUs that were only available for fans who made a $25+ purchase at Warriors Shop using Rakuten. The retail campaign was amplified with an influencer program. This collaboration offered a new way to drive Rakuten and Warriors business metrics.

The Oakland Forever platform also allowed for the Warriors and Rakuten to support the Oakland-based community through a court refurbishment for the historic McClymonds High School. The court was redesigned to honor the basketball legacy of MCHS and its alumni while giving them a newly designed court/gym to play on for years to come. Rakuten worked with the Warriors Community Foundation and MCHS leadership to give one deserving student a $10k scholarship and gifts from Rakuten to help her on her journey to college. 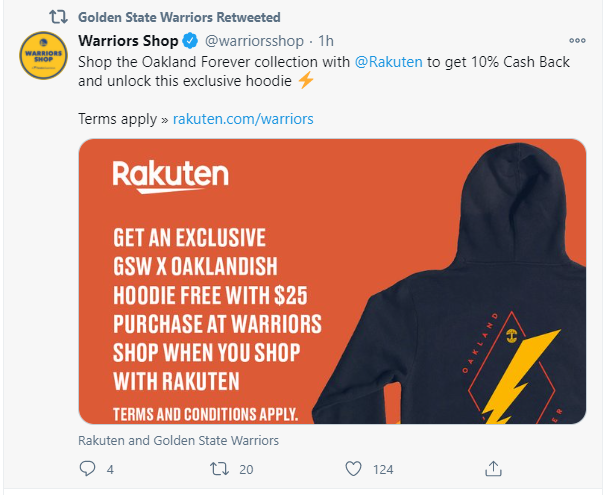 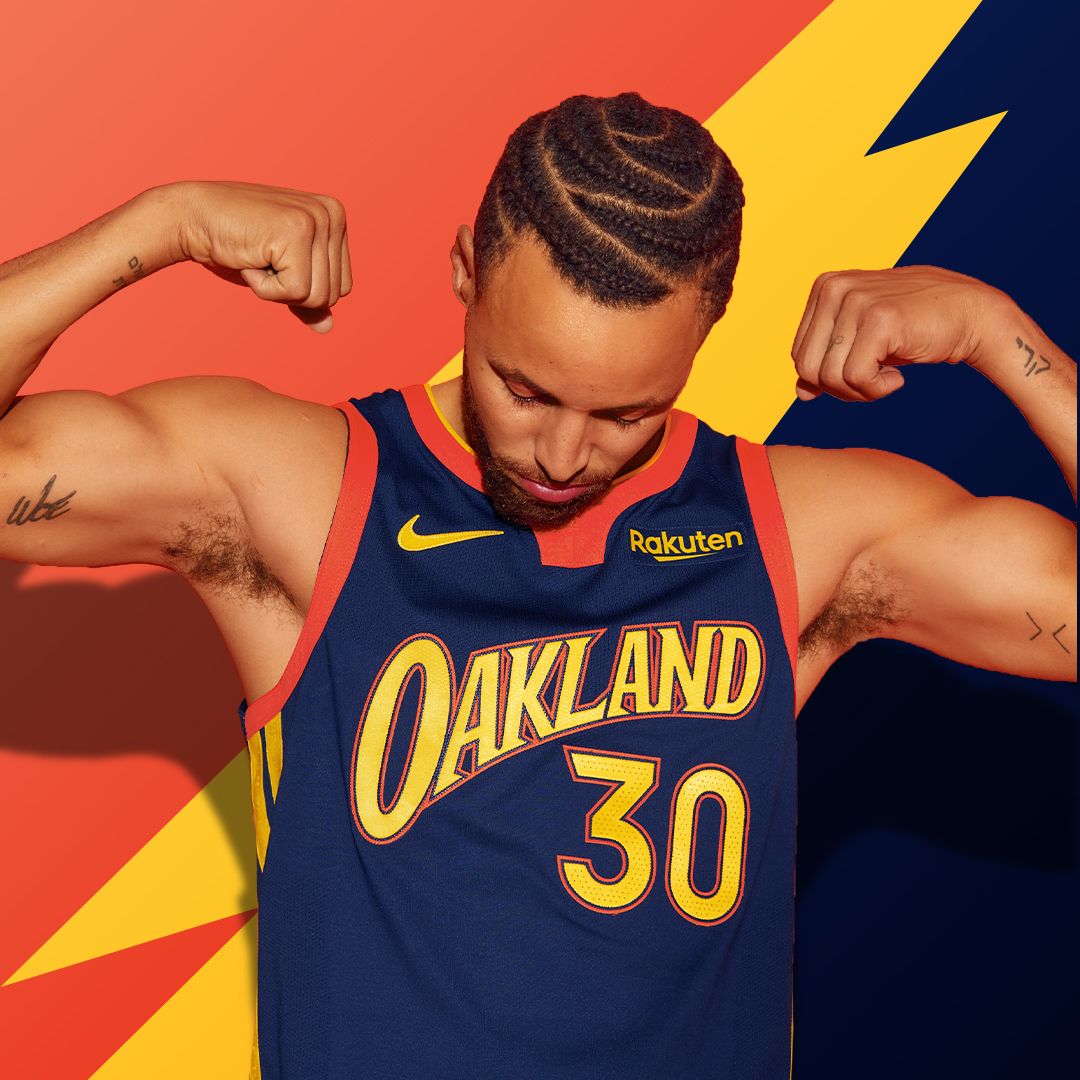