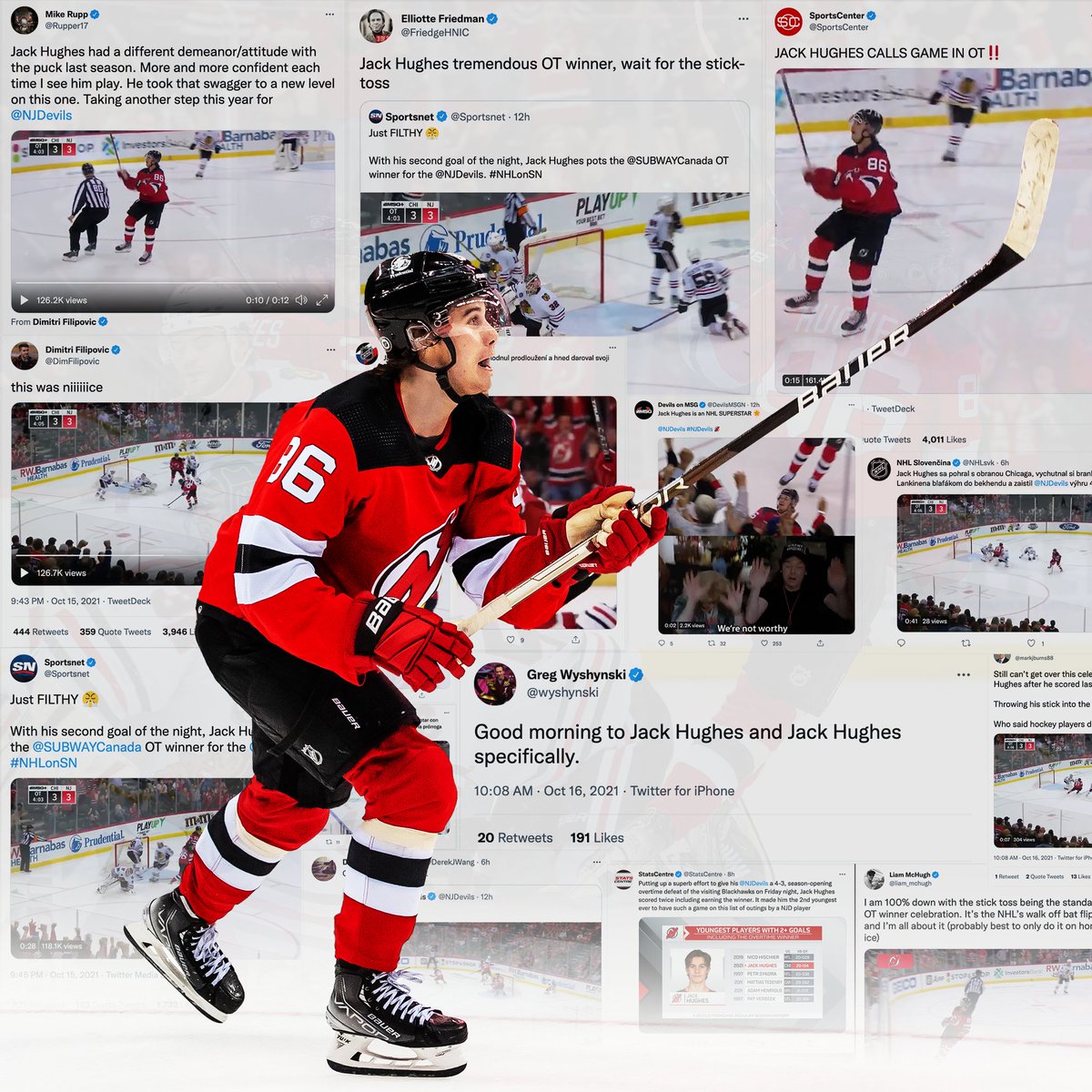 The New Jersey Devils capitalized on Jack Hughes' overtime winner versus the Chicago Blackhawks on opening night, which sent shockwaves through the hockey world. Through their partnership with Greenfly, the Devils sourced fan generated content to create buzz and excitement about the team.

It was an organic celebratory hockey moment the Devils were able to amplify beyond traditional coverage and it integrated content from fans and third party media accounts. Hopefully, this provides a blueprint of how to continue the conversation around big moments beyond traditional content and coverage plans.

Strategy & Execution: The Devils quickly turned around a Greenfly Engage campaign following Jack Hughes' overtime winning goal and stick thrown into the crowd celebration. New Jersey received more than 30 fan submissions of videos (either through greenfly or via social media) from inside the arena that night. The Devils compiled those videos into a promotional video, and gathered tweets from around the locker room to help support amplification of the moment.