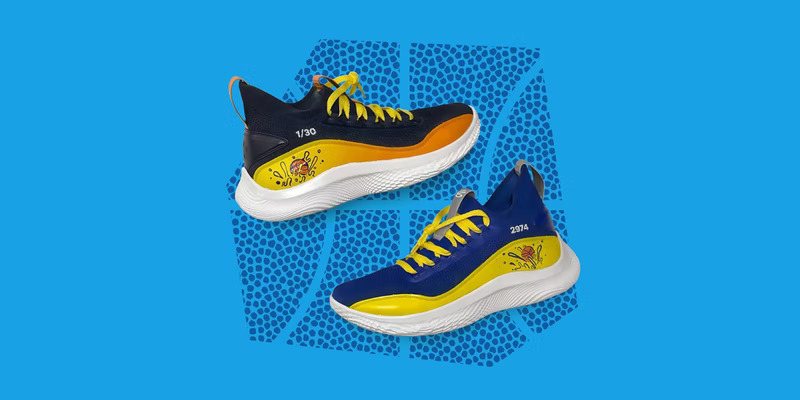 In celebration of the new NBA All-Time 3-Point Leader and Global Brand Ambassador Stephen Curry, Rakuten launched a multi-faceted program to celebrate this momentous achievement with fans and the community.

For this once-in-a-generation moment, Rakuten tapped into the drivers and trends of basketball culture to create a national activation with local impact to continue educating fans about Rakuten through joy, rewards, premium products, and experiences that also compliments the Rakuten brand identity.

Leaning into Stephen’s humble, joyful, and giving personality as inspiration, Rakuten exemplified these qualities at the forefront of the campaign to celebrate with fans. Leveraging this angle, Rakuten was able to authentically weave into NBA cultural conversations and further strengthen their association with the league and Stephen Curry.

Objective: In celebration of the new NBA All-Time 3-Point Leader and Global Brand Ambassador Stephen Curry, Rakuten launched a multi-faceted program to celebrate this momentous achievement with fans and the community.

Rakuten rolled out a series of campaigns to highlight Stephen’s milestone, which aims to inspire fans both on and off the court, and, in true Rakuten fashion, reward fans along the way.

Partnered with sneaker artist/designer Mache, to create 30 pairs of commemorative Curry Flow sneakers for a Rakuten-owned social sweepstakes where lucky fans could win a memorable piece of art that honors Stephen’s journey to this milestone

Collaborated with non-profit organization Bay Area Mural Program to create a mural in Oakland as a tribute to the community. The art celebrates Stephen’s love for the game and his impact in the community. In addition, the mural integrates a QR code where the first 300 fans to scan and go to local black-owned bookstore, Marcus Books, will receive a free book and a chance to win Warriors tickets and a pair of commemorative sneakers

Strategy & Execution: Rakuten utilized their campaign to connect with fans through (4) touch points.

Throughout the campaign, Rakuten leveraged their NBA partnerships to amplify reach to fans including the NBA sharing the sweepstakes on their channels, Warriors reposting the digital spot and sweepstakes, and Stephen highlighting the mural on his social channels.

Results: Rakuten successfully engaged with fans nationally and locally by emphasizing Stephen’s inspirational basketball journey and community impact to celebrate his 3PT achievement. In a short window to effectively capitalize on the moment and fans’ excitement, Rakuten executed multiple activations that seamlessly flowed together and allowed Rakuten to continue telling Stephen’s story through art.