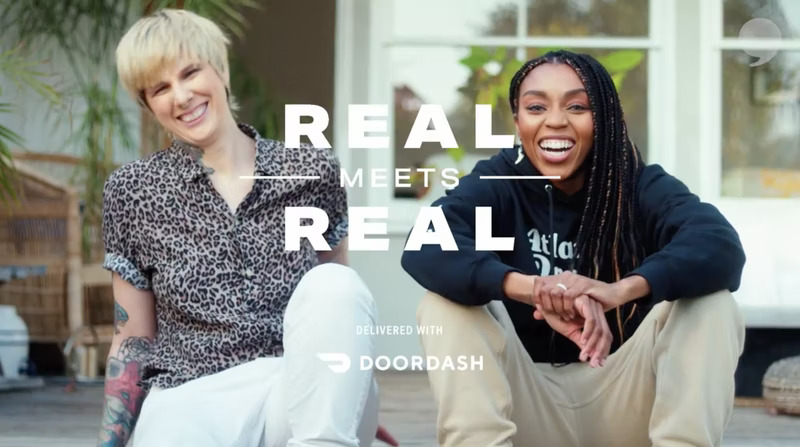 In late 2021, DoorDash was looking for a partner that would allow them to shine a spotlight on underrepresented communities - specifically women in sports and esports. In order to hit both of these niches, DoorDash decided to team up with The Players’ Tribune, leveraging their connections with the athlete community as well as the esports world through their relationship with DBLTAP (both of which are Minute Media brands). The resulting campaign consisted of two women-focused concepts, which brought together two pairs of powerhouse female athletes and gamers to share their stories and compare their skill sets.

According to Forbes, “in 2020, women accounted for 41% of all gamers in the US” with that number looking to rise exponentially within the next few years. While nearly half of its audience are women, the gaming industry as a whole is seriously lacking in female representation across the board - only 24% of those working in the industry are women & only 5% of video games showcase female protagonists. This results in not only undeserving a significant part of their audience, but also creates an often hostile environment for female gamers, developers & experts. And while gender inequality in traditional sports is one of the most talked about issues today, equality in gaming has yet to break into mainstream conversation.

This content looked to draw parallels between women in traditional sports & women in gaming to create context around these issues - further proving that gender inequality transcends beyond industries/interests. By bringing together two iconic women to openly shed light on their experiences of what it is like to be at the forefront of their hypermale industries, we’ve been able to bring this conversation to the forefront & show audiences that women belong in every aspect of sport - whether that be traditional or digital.

Objective: Since its inception, The Players’ Tribune (TPT) has been at the forefront of leveraging athlete storytelling to amplify conversations around important social issues such as female empowerment & gender equality. By pairing athlete voices with like-minded brand partners, TPT has been able to create premium content campaigns that go far beyond business results, furthering social conversations to impact change.

In late 2021, DoorDash was looking for a partner that would allow them to shine a spotlight on underrepresented communities - specifically women in sports & esports. In order to hit both of these niches, DoorDash decided to team up with TPT, leveraging their connections with the athlete community as well as the esports world through their relationship with DBLTAP (both of which are Minute Media brands). The resulting campaign consisted of two women-focused concepts, which brought together two pairs of powerhouse female athletes & gamers to share their stories & compare their skill sets.

By leveraging authentic talent representing both women in esports & women in traditional sports, TPT created a unique space where these women could talk openly & about their experiences & utilize cross-talk to delve deeper into mutual issues faced across industries along with potential solutions - effectively aligning DoorDash with their female empowerment message.

Strategy & Execution: In order to successfully achieve DoorDash’s goal, The Players’ Tribune leveraged their athlete & esports connections to create a multi-tiered content strategy focused on women empowerment within sports & esports. The content consisted of two main concepts, “Real Meets Real” & “Backseat Gamer”, which matched women from the WNBA with female gamers to discuss their different careers, teach each other new skills & open up about their journeys as women within their mostly male-dominated industries.

“Real Meets Real” paired former WNBA player & current co-owner of the Atlanta Dream, Renee Montgomery, with sports champion & TV host, Indiana “Froskurinn” Black, as they recounted their rise to success, the obstacles they encountered, & the ways their respective industries can continue to improve for young women following in their paths.

Results: Overall this partnership was a huge success with both sports and esports audiences. The content garnered over 36M+ impressions (exceeding the campaign's goal by over 3M+).

Additionally, the unique combination of women who were traditional sports stars and esports experts created a compelling storyline that not only gained a significant number of impressions, but also held the audience’s attention for longer than most industry content. This interest can be seen through both concepts garnering a CTR of.36% and a VCR of 88%.

Finally, the conversations around women empowerment within these mostly male-dominated spaces clearly resonated with audiences, creating greater awareness and social commentary around the issue across social media channels - garnering support and engagement from influential sports figures and teams, such as the Atlanta Dream.