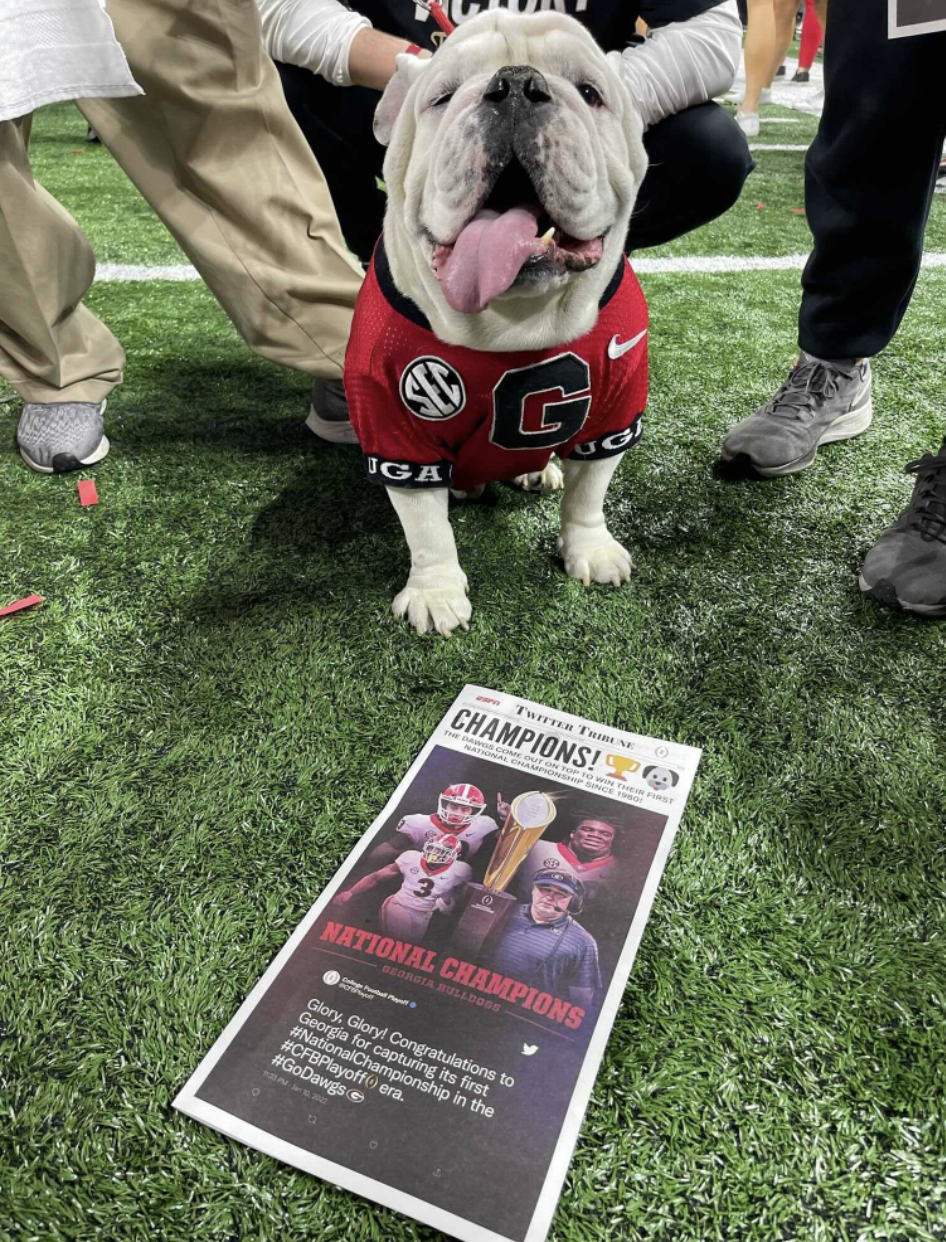 Twitter, ESPN & the College Football Playoff (CFP) have partnered to execute on a campaign centered around the first-ever Twitter Tribune, a newspaper lookalike featuring fan Tweets that will be distributed to fans in the stands at the College Football Championship on Monday, Jan. 10. The Twitter Tribune will provide a new look and feel to postgame ceremonies where we’re so accustomed to seeing players hold up national and local newspapers.

Twitter has long served as a platform for sports fans to engage with their favorite teams and with each other. We found a way to authentically engage fans that cemented their Tweets as part of a historic sports moment that served as a lifelong keepsake. We immortalized fan content within a physical newspaper as an innovative activation to reach the modern day fan who uses Twitter as their first source of news content.

As Twitter is THE second screen platform, this activation now elevated fans IRL where their Tweets were a part of the biggest moment in College Football.

Objective: ESPN, CFP and Twitter partnered on a first of its kind activation taking a spin on championship frontpage newspapers. The 'Twitter Tribune' featured ESPN/CFP National Championship Tweets with fan/VIT Tweets published on the inside folds. Fans featured in the folds will receive their own copy of the Twitter Tribune as a unique momento to frame in their homes.
How it Played Out:

On Twitter: ESPN published a CTA on Jan 1st asking fans to submit Tweets of what it would be like if their team won the National Championship.
On the Field: Once the clock hit 0:00 in the 4th quarter, The Twitter Tribune was distributed to the winning team on the field including fans, players, & VITs. Tweets were EVERYWHERE in celebration of Georgia winning their first National Championship in 41 years.

As many fans use Twitter as their first source for sports news, we wanted to bring a physical memento to those fans celebrating their team winning the National Championship by using their own… Tweets! We combined a long time tradition of championship headline newspapers and Tweets into a unique fan forward experience to cement their Tweets as part of history.

Strategy & Execution: The Twitter Tribune was designed with fans in mind. From the start, the goal was to encourage users to Tweet about their favorite team, and ultimately have a special way to "be" at the event, even if they physically couldn't be there.

Tweets were selected based on a variety of factors including relevance, brand safety checks, etc.

Results: We had over 2,500 submissions using #FrontPageTweets, and we sourced 100 of the best fan Tweets to feature in the newspaper. Each fan featured will have their own copy as their keepsake from the game!
33.7M Tweets about CFB this season (43% more Tweets YoY)
187k Tweets using #NationalChampionship (2x more Tweets YoY)